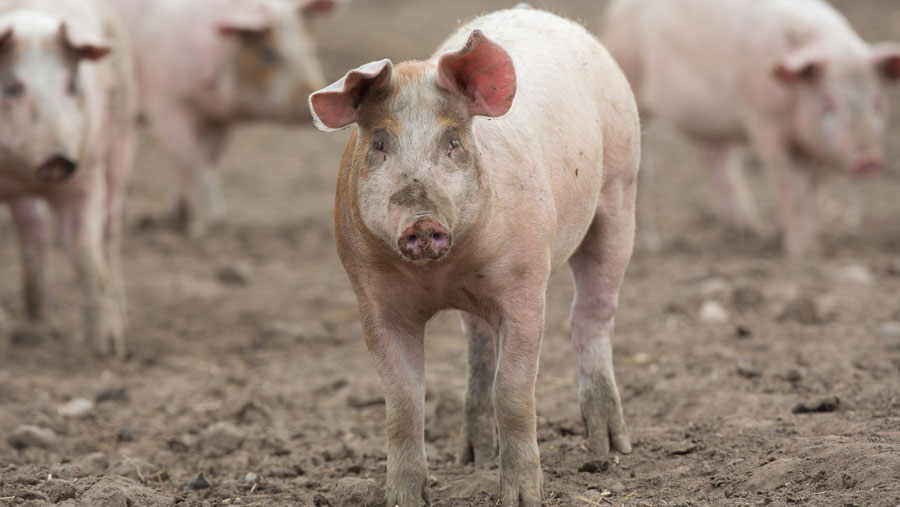 Tighter supply across the EU and a strong underlying demand have pushed up pork prices for the second week running, according to pig sector analysts.

Figures released by AHDB Pork show the EU-spec SPP rose 1.18p/kg to average 141.74p/kg in the week ending 3 April 2021. The upward shift came after a rise of 0.96p/kg in the previous week and a fortnight of stable prices before that.

The latest increase was recorded in the first Easter holiday week, which traditionally sees pork prices under pressure and throughputs drop.

However, with a huge on-farm backlog of pigs awaiting slaughter, many processors opted to work through the break. While estimated slaughter was down 6% to 197,000 head on the previous seven days, it was still 11% above the same week a year ago.

That improvement is even more marked because the equivalent seven-day period in 2020 did not include a bank holiday, AHDB senior analyst Bethan Wilkins noted.

Average carcass weights decreased slightly to 88.28kg – down 240g on the previous week but weights remain high and are in excess of 3kg heavier than last year.

Pig market commentator Peter Crichton said the figures were cause for cautious optimism. The upward price movement is based on stronger, underlying demand and tighter supply levels in Europe, he said.

Demand has in part been fuelled by higher prices for beef and lamb. Pork has been competitive during the Easter period and consumers may have switched from the traditional lamb roast, he suggested.

While demand has gone up, supplies in the EU have been declining from a peak following China’s export ban on German pigmeat. The ban was introduced after African swine fever (ASF) cases emerged in Germany’s wild boar population and pigmeat destined for China flooded the EU market.

With that excess much reduced, German prices have improved and firmed up values for the EU as a whole (see panel).

Meanwhile, speculators are suggesting China’s battle with the re-emergence of ASF in its national herd could push up global demand.

“China has clearly not managed to contain the ASF virus and ultimately that will create a supply vacuum in the country,” Mr Crichton said.

“That vacuum will have to be filled and the demand on a global scale will help firm up prices.”

Pig prices in the EU have risen sharply to the highest level since July 2020, following a period of relative stability, AHDB Pork reported.

The upshift means the gap between the EU and UK price has declined significantly to just 8p/kg in the week ending 21 March. Four weeks earlier it stood at 26p/kg, said AHDB senior analyst Bethan Wilkins.

“The latest difference is the smallest since April 2020 and could perhaps support prices in Britain by reducing potential pressure from imported pork,” she said.

However, Ms Wilkins urged caution over speculation on sustained upward price movements as demand on the Continent appeared to have levelled off.

The German market is a major signpost for trends in the overall EU price, Ms Wilkins said.

For the past few weeks, German prices have been stable, possibly suggesting a stall in the uplift over the coming weeks.