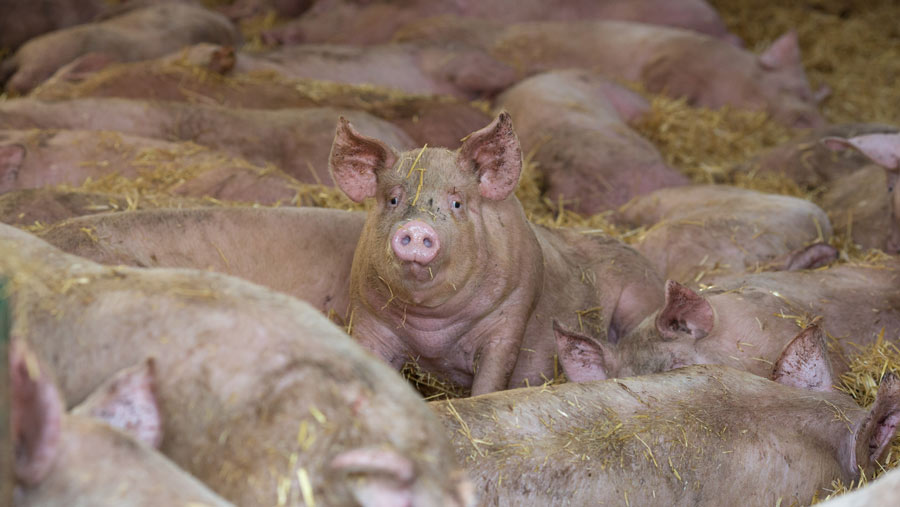 British pig prices have fallen for the 27th week in a row as cheap pork floods into the UK from the EU.

The price has fallen by more than 5p/kg in the past three weeks alone.

The excess is due to hundreds of thousands of tonnes of German pigmeat flooding on to the EU market.

This would normally be shipped out of the EU. But an export ban, due to Germany’s African swine fever (ASF) outbreak in wild boar, remains in place in key Asian and South American countries.

EU average prices have slumped as a result of the excess, to about 115p/kg.

That price differential and ease of importing foreign goods post-Brexit have combined to undermine the price here in the UK.

Reduced staffing means finished pig throughputs have dropped by about 2% in the past week to about 184,000 head.

This slowdown, plus bureaucratic delays at the EU border, have pushed up on-farm supplies here in the UK.

Estimates suggest there is a backlog of 100,000 finished pigs on Britain’s farms that still have to be fed and cared for, Ms Wilson suggested.

“As these pigs then come through to the market they are downgraded for being too heavy and the farmer price is subject to deductions.”

She explained that the firms had taken the step to reassure buyers in China who are nervous about reintroducing the virus via imported goods.

However, one downward pressure on supply is a drop in average carcass weights, which fell by 0.5kg to 90.16kg from the record high of the week before.