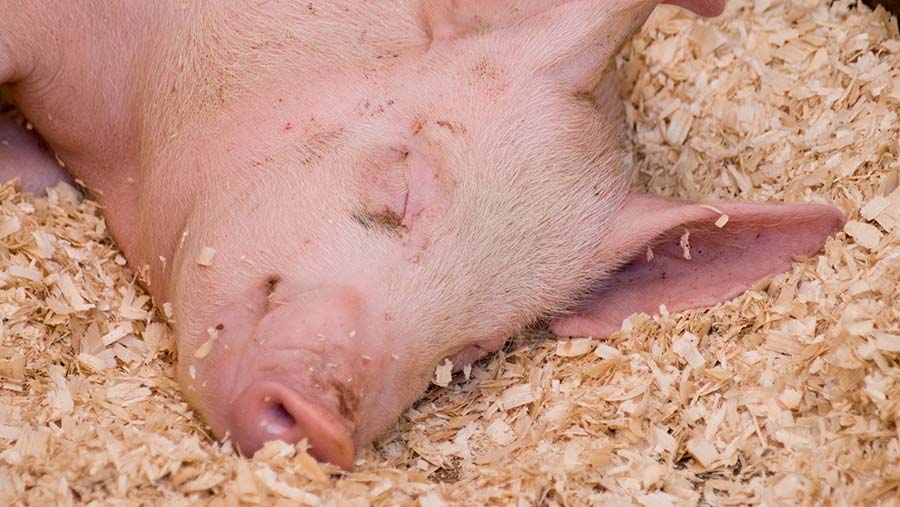 Pig prices in the UK have risen again this week but increases in labour and feed costs through the first quarter of 2020 have restricted margins.

During the week ending 23 May, the EU-spec SPP continued up, with a 0.17p/kg increase on the previous week, according to AHDB Pork figures.

After sharp falls in prices on the continent during the coronavirus crisis that have not been mirrored here, the UK now commands the highest deadweight pig price in Europe, with prices in Germany falling by about 34p/kg from their peak at the end of March to 146p/kg this week.

AHDB analyst Hannah Clarke said reports showed strong demand up to the bank holiday on Monday (25 May), with coronavirus staffing issues having only a limited effect on overall throughputs.

The strong market reflects continuing global shortage due to the African swine fever crisis in China and the coronavirus pandemic blocking the US supply chain (see box).

However, AHDB dairy and livestock analyst Felicity Rusk said an increase in feed and labour costs over the period had eroded some potential margin gains.

Meanwhile, the average cost of GB pig production was 149p/kg, according to the latest AHDB estimates.

But production costs were 3p/kg higher than in the previous quarter.

The resilience of the UK pork sector is in sharp contrast to conditions in the United States, where farmers are facing a deepening crisis as the coronavirus pandemic continues to hold down abattoir output.

Abattoir closures mean an estimated two million finished pigs are stranded on farms with no buyer, according to US economist Steve Meyer of Kerns and Associates.

The backlog is continuing to grow, and with no way of accommodating the excess pigs, farmers may have no option but to destroy their animals.

Officials in Iowa, the largest pig producing state, have pledged to pay up to $3.6m (£2.9m) a farm to compensate for incineration and disposal costs, with other states likely to take up the initiative.