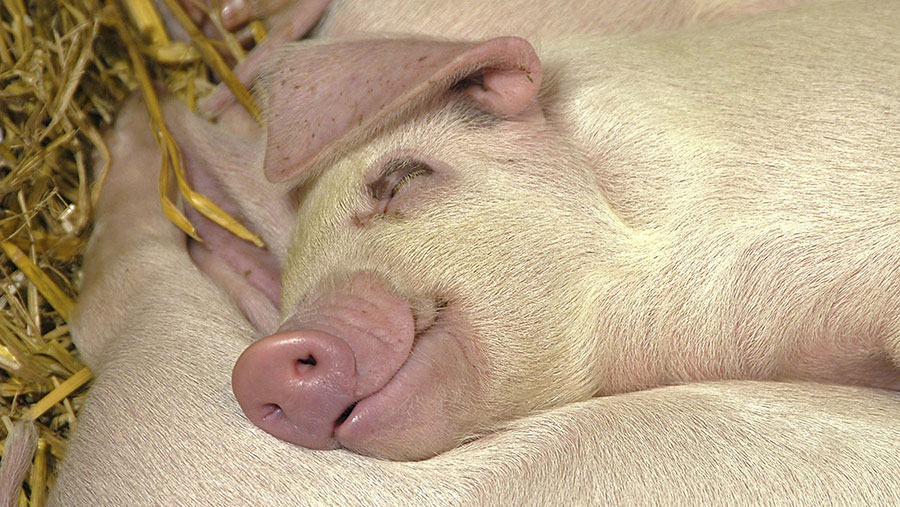 Rising pork prices are bringing relief to hard-pressed pig producers and mean many of them are close to a return to profitability.

Pig prices rose by 1.11p/kg in the week ending 5 October, the biggest weekly increase since June, according to AHDB Pork.

At 155.32p/kg, EU-spec GB SPP pork is 8.53p/kg up compared with the same week last year, figures published by the sector levy board show.

Andersons consultant Harry Batt said there was cause for optimism among UK pig producers, even though uncertainty over global trade and Brexit continued to hamper long-term forecasts.

He said producers were just about breaking even in the second quarter and expressed hope the upward price trend will continue and see many businesses return to profit.

At the same time, feed prices across the board look good from a pig producer’s perspective.

The soya price has been under pressure as demand from China’s ASF-stricken pig sector has dropped.

“We have seen soya prices sub £290/t and many pig producers who held off locking in to feed contracts are capitalising on cheaper supplies,” he said.

The improved outlook may see an expansion in the UK pig herd, Mr Batt suggested.

“The scale of the ASF crisis in China has reduced the global herd. With outbreaks continuing, many producers in China will be reluctant to restock, so the impact on supply will be long term,” Mr Batt said.

This could encourage UK producers to expand, but that will be governed by the type of supply contract they have, he added.

While the outlook is positive and there may be opportunity to lock into cheaper feed prices, any plans to expand should proceed with caution, he said.

Mr Batt advised anyone considering such a move to create a business plan with contingencies that accounted for a range of future market scenarios.

“Producers must consider whether the business could be viable at lower price levels and refer to five-year averages for inputs and outputs,” he added.