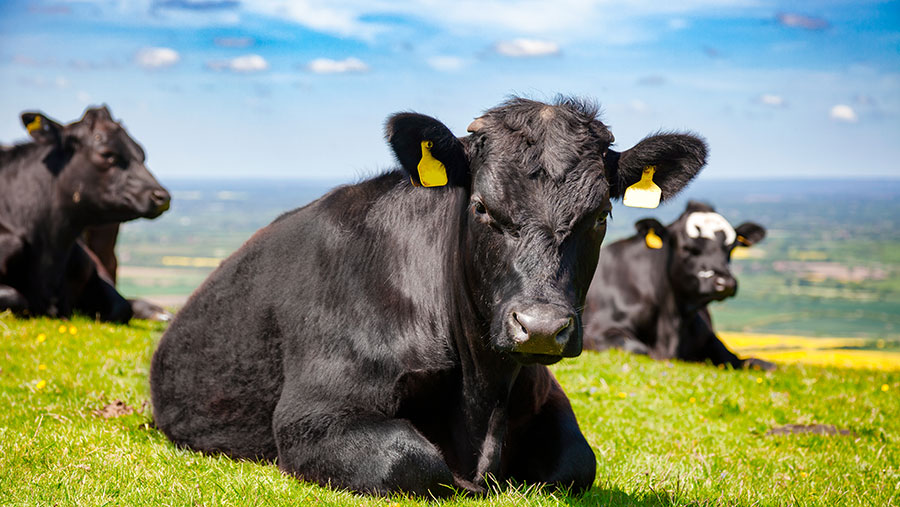 A combination of limited processing capacity and an increase in prime cattle supply have been blamed for the downward pressure on Scottish beef prices in recent months.

A key issue facing Scotland’s farmers since September has been a lower RL4 steer price being paid at Scottish abattoirs than for the same grade at facilities across the border in England.

In the week ending 12 February, the RL4 steer price at Scottish abattoirs was 408.7p/kg deadweight, which was 7.5p/kg lower than the price paid in Northern England.

Although the price differential between Scottish and Northern England abattoirs does tend to be at its smallest in February and March, and has been negative at times in recent years, it would more typically favour beef producers in Scotland.

For example, between 2017 and 2021 the average price difference between Scotland and northern England for R4L steers in the second week of February was +1.5p/kg.

The differential then tends to widen in the summer, when Scottish R4L steer prices can be 10-15p/kg higher than in Northern England.

Defra’s compound feed price update for the final quarter of 2021 showed feed was 15% more expensive than a year earlier, energy costs were up by almost 40%, and the cost of fertiliser had more than doubled.

By contrast, numbers were 1.3% down in England and Wales.

“It is possible that this imbalance has been generating downwards pressure on the relative price of cattle in Scotland. However, this is not the only factor,” he said.

“Despite an expectation of higher availability on Scottish farms this winter, latest Defra statistics suggest a year-on-year decline of nearly 7% in prime cattle slaughter in the final quarter of 2021.

“Scotland’s beef processing sector has been facing considerable labour shortages, restricting its ability to handle the available supply of cattle and potentially weakening competition for these animals.”

Mr Macdonald said looking to the future there could be a change in market dynamics as the October 2021 data from BCMS showed cattle aged 6-18 months were 2.4% higher in England and Wales than the year before, but down slightly in Scotland.

But ultimately the supply into abattoirs would reflect a wide range of factors, including capacity, a shift away from young bulls, and whether increased heifers would be slaughtered as prime cattle or used as herd replacements.