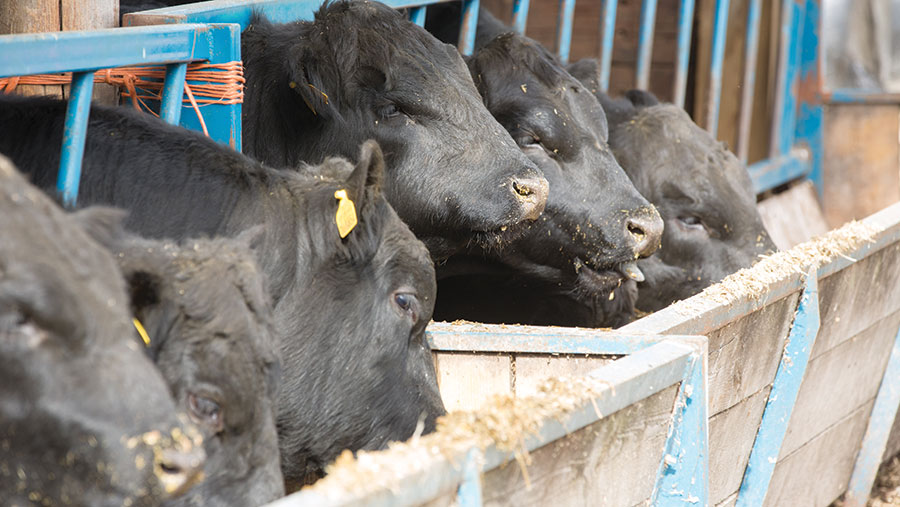 Two of Scotland’s leading beef processors will lower the cap on the weight they pay farmers to 400kg from 1 October in a bid to encourage smaller slaughterweights.

Scotbeef and ABP Perth have begun briefing farmers about the impending changes, which will see the weight cap lowered from its current level of 420kg, with penalties on each overweight kilogramme.

Some other abattoirs across the UK are already capped at 400kg, while others pay up to 430kg, with the limit depending on the type of customer being supplied.

See also: What to consider when planning a compact-calving system

Scotbeef has long been a destination for lighter-weight cattle, so the change is not going to affect a huge proportion of throughput, said Bill Mackinnon, head of procurement at the firm.

“We have been taking to farmers about this for a long time,” he said.

“We have given them a three-month notice period, which should give them plenty of time to adapt.”

The ideal weight for a carcass is between 280-350kg, he said, as at this weight the loin is the correct size to cut supermarket-sized steaks from. (see “Analysis: Why do carcass weights need to fall?”)

Analysis: Why do carcass weights need to fall?

Supermarkets have pivoted in recent years to selling steak at a fixed price of about £5 or lower, meaning their size has to be fixed.

This has caused an increase in demand for smaller steaks – a review of online supermarket offerings reveals typical sale weights of between 175-230g.

The problem with more small steaks is that a carcass in excess of about 350kg has a loin that is too big to cut the steak from without having to trim it – with offcuts reduced from a value of £15/kg back down to mince value of £4/kg.

The resulting higher proportion of lower-value meat on a large carcass is therefore behind the move by processors to penalise heavier animals.

With prices in freefall over the past two months, some farmers are likely to have little sympathy with this processor conundrum.

However, with the average beef carcass weight rising by 60kg to 380kg in the past 25 years, the gap between what farmers are producing and what the customer wants is getting further apart. This issue is unlikely to go away.

However, he said he understood why farmers were trying to maximise their income by rearing animals right up to the weight limit.

The average slaughterweight across the UK currently stands at 350kg, according to AHDB data, with one-third of steers slaughtered above 400kg since January 2018.

A rise in average carcass weights of 6kg, as well as a lift in numbers slaughtered in the past two months, has been one of a number of factors that has contributed to the sharpest fall in the price of beef since 2014, said Will Jackson, AHDB senior strategy director for beef and lamb.

“This has been caused by more hard feed through last year’s drought, when forage was at a premium, and a mild winter, which has also had a knock-on effect of reduced finishing time,” he said.

Robert Neill, who finishes beef cattle in the Scottish borders, said farmers will have to get better at finishing cattle within spec, but processors need to hold up their side of the bargain by keeping waiting times low so cattle can go when they are ready.

However, the 2017 Farmers Weekly Farmer of the Year warned that if prices did not rise soon, he fears a lot of suckler beef producers will be leaving the industry within the next 12 months.

“I am not a negative person, but at the moment the industry is getting it with both barrels from everyone,” he said, pointing to constant hostility from climate change activists and the vegan lobby.

He said there needed to be much more proactive work to paint the industry in a positive light.