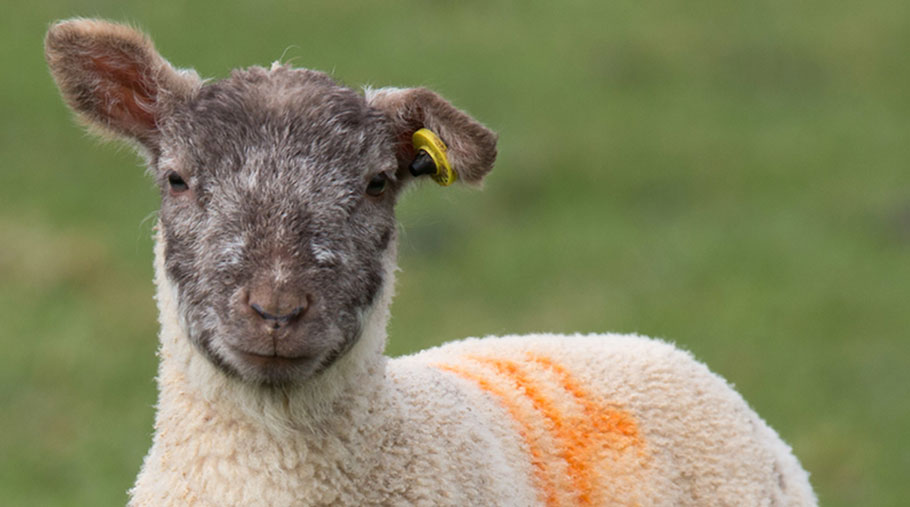 Lamb is export-reliant, popular in now-unavailable restaurants and more expensive than its rivals, so is it at risk of a deeper-than-average coronavirus price slump this season?

That’s the concern of some farmers, looking across well-stocked fields after a kind spring that saw good survival rates.

Early export figures appear to bear this out, with HMRC data showing 15% less product was sent overseas in the first quarter of 2020 as European economies retreated into lockdown in March.

Old-season liveweight lamb trade then fell by 50p/kg in two weeks, dropping below 200p/kg by the beginning of April.

However, prices have staged a modest recovery since then, even as numbers coming forward for sale have begun to rapidly increase, with farmers reporting excellent growth rates in the dry conditions.

Figures for the week ending 19 May show 52,875 new-season lambs were sold through livestock markets – 65% more than the short bank holiday week before, yet average prices dropped by less than 1p/kg to 263.9p/kg.

Much of this short-term price support is likely to be provided by the festival of Eid, held this weekend as Muslims mark the end of a month of daytime fasting through Ramadan.

There is relief among analysts that the peak of the lockdown coincided with the time when UK lamb sales were at their lowest, and that restrictions are now starting to ease as numbers increase.

But Deanna James, export executive with Welsh levy board Hybu Cig Cymru, said it would take a considerable amount of time before the food service sector recovers.

“Although Wales exports some lamb all year round, the biggest effects of any disruption may be felt from July through to December this year, when large-scale exports help to support farmgate prices during the seasonal high point of our production,” she said.

“Lockdowns are starting to be eased, but it is likely to be many months before things return to anything approaching normality for hotels and restaurants.”

However, she pointed to encouraging signs that some of the loss in demand from restaurants had been made up in supermarkets.

Change in focus for promotions

“The market research in most of our main export destinations shows that, as in our domestic market, the collapse in the food service sector has been accompanied by an increasing demand from retailers for certain products.”

“We’ve therefore been revising our plans to focus more on consumer marketing rather than the food service sector,” she said.

The levy board is also working with retail partners in key markets such as France, Germany, Italy and the Middle East to extend promotions and bring them forward to earlier in the year, she added.

Here in the UK, total supermarket spend on lamb fell by one-fifth on year-earlier levels as consumers shunned larger roasting joints, with leg and shoulder sales volumes both down by more than 50% in the week ending 10 May.

There were bright spots – with the amount of lamb mince purchased in supermarkets up 10% year-on-year, while steak volumes were up 18%, according to AHDB and Kantar data.

Adam Quinney, AHDB beef and lamb sector chairman, said he was also hopeful there was not going to be a significant glut.

Longer term, he said African swine fever, the disease that has blighted pig populations in Asia, would help the global prices of all other meats, as China, in particular, maintains very high meat imports.

He said he also hoped the AHDB’s £1.4m lamb marketing campaign, set to launch this summer, would have as big a return as previous projects, which have seen a £13 of consumer spending for every £1 spent on marketing.

Once the coronavirus crisis is resolved, he said the sector would have to return to focusing on longer-term issues facing the industry, including ageing consumers and opening up new markets.

However, with lamb the least popular meat in takeaways, he warned lockdown would have to be fully over before lamb benefited, as it was reliant on more sit-down meals in restaurants and hotels taking place.

Those affluent consumers needed to be targeted to buy lamb in the home instead, with marketing focused on demonstrating how simply it can be cooked.

“It is a fact that people are more nervous about getting it wrong with lamb,” he said, as it is more expensive.