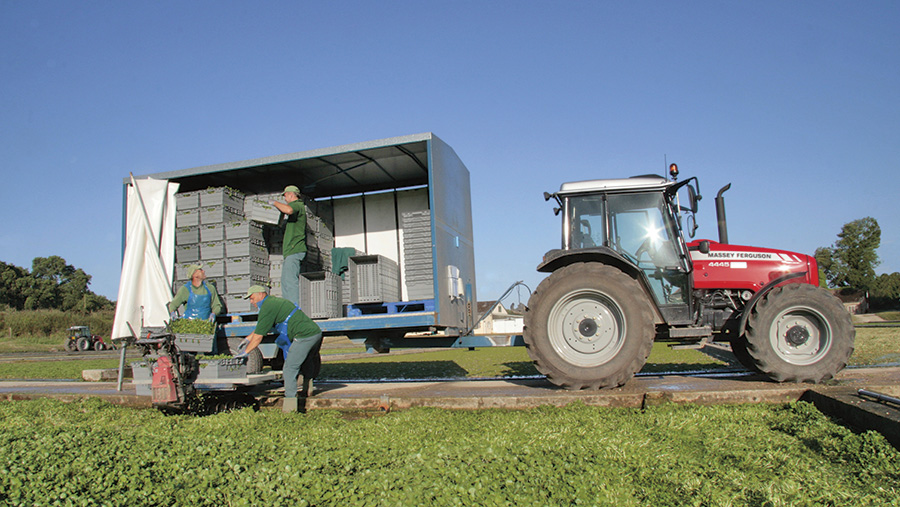 Farmers and growers employing foreign workers say they are facing a looming crisis caused by spiralling labour costs and a shortfall in applicants, put off by the Brexit vote.

Less than six months after the National Living Wage (NLW) came in, growers say they have been forced to put business decisions on hold, delay plantings and even look at moving operations abroad.

About 57% of horticultural businesses surveyed in June by the NFU said they had already been affected by the wage rise which came into effect on 1 April.

See also: Questions about pensions you should be asking

For those employing 100 or more seasonal and casual workers, this figure jumped to 100%.

Lee Osborne, NFU employment adviser, said while there was support for the living wage in principle, the ability to pay it was putting the viability of some businesses at risk.

David Long, a strawberry and pear grower employing 60 seasonal workers in Kent, said he was “massively affected” by the NLW, as labour accounted for 40% of his costs.

“When the base rate of labour goes up, it pushes up National Insurance and pensions, so it’s a triple whammy,” said Mr Long.

“If you take Brexit, access to labour, exchange rates and the living wage, it’s not a stable platform.

“As a business you often have to deal with uncertainty, but to get five or six big uncertainties all at once really makes you gulp.”

“To some extent it’s business as usual, with a crop in the ground,” said Henry Chinn, an asparagus and blueberry grower in Herefordshire employing 1,000 seasonal workers.

“But when planting a crop that will be in the ground for 10 years, there is a huge amount of uncertainty about our biggest cost.”

Scottish growers are feeling the pinch even more, since banding by age does not exist for agricultural workers in Scotland, meaning all workers – not just those aged 25 and over – must be paid the NLW.

“[Wages] are going up at such an enormous rate compared to where we’ve been at before.”

Retailers were unwilling to change their pricing structures to account for the increased cost of production, said Scott Walker, NFU Scotland chief executive.

“There is a real concern about how on earth people are going to get that money back from the supply chain,” he said.

An anonymous grower said supermarkets were “not even interested” in talking about taking account of increased wage costs, while others said retailers were still asking for lower-priced produce.

Some large-scale growers had even started to look at investing abroad where labour was cheaper and more certain, while consolidating their UK operations, said Ali Capper, NFU horticulture board chairwoman.

“I have big growers saying it’s too hard to do it here – we’re exporting our production essentially.”

The Brexit vote and a weaker pound had caused foreign workers to start shunning agricultural jobs in the UK, adding further worry about the future, said Ms Capper – a view echoed by a number of growers.

A large UK supplier of foreign workers to the UK horticulture sector had seen the number of applicants coming forward in its Bulgarian office drop by 70%, said Ms Capper, compared with the usual fall of 25% at this time of year.

There was a “strong possibility” there would not be enough workers to harvest crops next year, she warned, in addition to the concern about access to labour once the UK left the EU.