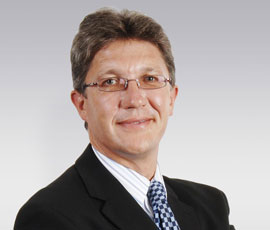 Neil Kennedy, Link chief executive, has been elected as the new chairman of Dairy UK. He will succeed Robert Wiseman, who has completed his two-year stint in office.

Speaking after the election Mr Kennedy said he was honoured to be elected.

He added: “Economic recession and a major downturn in world commodity market have combined recently to produce difficult times for both dairy farmers and processors alike.

“Throughout this period Robert has provided empathetic and astute leadership, which has been to the immense benefit of both Dairy UK and the wider dairy industry.”

Mr Kennedy said volatility would be common in the marketplace in the future.

He added: “It will be how we work together as an industry to understand and address that volatility that will determine the sustainability of dairy farming and processing businesses going forward.”

He added that the recent agreement on the voluntary code was an enormous step forward, but said more collaboration was needed in the future.

Deal agreed on principles for dairy code of practice