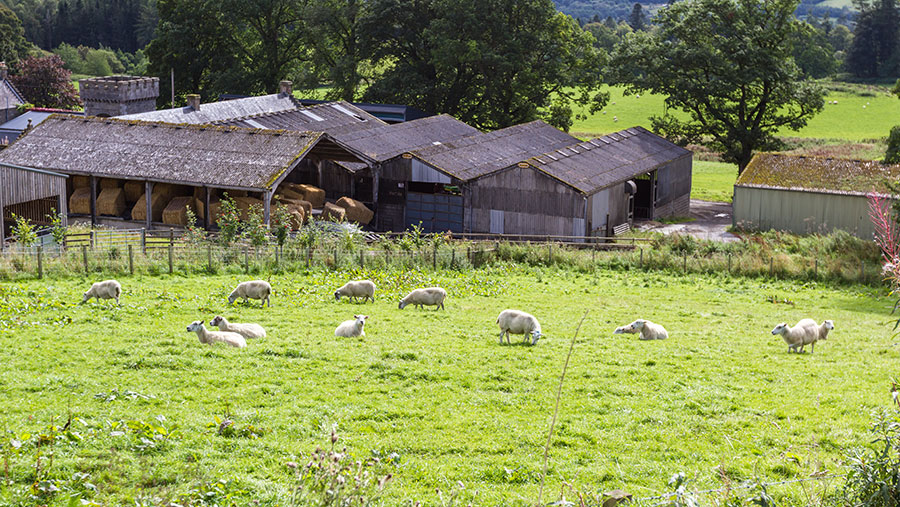 Farmers claiming under the Basic Payment Scheme (BPS) in England will soon be able to receive their money in advance as part of a lump sum exit scheme, Defra has confirmed.

The plans are contained in a long-awaited consultation, due to be released by Defra today (19 May), dealing with one aspect of the transition from the old CAP support regime to a new UK farm support policy, based on the use of “public money for public goods”.

Defra has already set out a schedule for phasing out direct payments over the next seven years, starting with 5% cuts this scheme year, rising to 50% in 2024, with additional cuts for larger recipients.

But it has now set out plans to allow those farmers wishing to quit the sector to take their future BPS money up front, so creating opportunities for new entrants and those wishing to expand their businesses.

The scheme will open in 2022 and to be eligible, the consultation suggests participants need to have been claiming BPS since 2015 or earlier, so as to limit it to more established farmers. There may, however, be an exemption for people who have inherited a farm or succeeded to an Agricultural Holdings Act tenancy more recently.

Farmers taking part will see their BPS entitlements cancelled, and will have to sell or rent out their land (or surrender their tenancy), though they will be able to keep their dwelling place and up to 5% of their agricultural land.

This would be subject to a cap of £100,000, which would effectively restrict payments to anyone receiving more than £42,500 in the reference year. Given that 85% of BPS claims are for less that £25,000, this will not affect many claimants.

As well as the lump sum exit scheme, the consultation also sets out plans for delinking BPS payments – or what is left of them – from any requirement to farm the land in 2024.

This is intended to simplify the process for farmers, allowing them to focus on running their business and encourage them to take up the government’s new Environmental Land Management schemes.

The consultation will suggest delinked payments for individuals should be based on a certain reference period, and should only be available for those still farming in 2024. The last payment would be made in 2027.

Defra is also developing a new entrants’ scheme, in partnership with industry stakeholders, with more details to be shared later this year.

Commenting on the plans, Tenant Farmers Association (TFA) chief executive George Dunn said it could benefit a range of situations where individuals are ready to exit the industry.

“The lump sum scheme was never going to provide the complete solution for those looking to retire from agriculture,” he said.

“However, as part of a portfolio – which might include a surrender payment from a landlord, the sale of livestock and equipment, and other pension provision – it could be a very useful catalyst.”

Mr Dunn was disappointed, however, that under the scheme, when an owner-occupier decides to surrender his BPS entitlements and rent out the land, Defra is only requiring a minimum farm business tenancy of five years. The TFA will ask for 10 years in its response to the consultation.

The Landworkers’ Alliance, representing smaller ecological farms, said the scheme should result in the “long-overdue” restructuring of farming. But it was concerned about the extent to which genuine new entrants from outside of agriculture might benefit, unless the land released was prioritised for this purpose.

“It is ridiculous that Defra is suggesting these schemes will offer opportunities to new entrants with no condition to prioritise new entrants in gaining access to any land that is made available,” said policy officer Georgie Styles.

Reacting on Twitter, NFU South-West regional crops board member David Butler agreed that many potential young farmers would still lack the necessary capital to get into farming, allowing life-style buyers to flood the market.

Who will take part?

The TFA believes three categories of farmer will find the new scheme attractive: