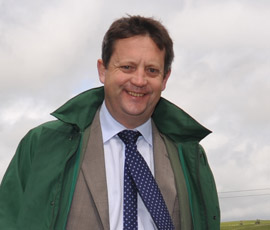 Welsh farmers could be given a decade to adjust to a new payment structure for their single farm payments, according to deputy farming minister Alun Davies.

Mr Davies told farmers at the NFU Cymru conference in Builth Wells, Powys, on 1 November that he would argue the case for a 10-year transition period as Wales moved to area-based payments from the current historical model.

“This change will have a significant impact on 30% of Welsh farmers. Any business needs to know what its income will be over a period of time; it is important that farmers are given time to adjust their businesses,” he said.

The minister said he would set out the main elements of the schemes that the Welsh government aimed to implement in Wales at the beginning of next year.

He insisted that he wants to work in partnership with farmers to ensure a “strong, confident, profitable and sustainable” future for the industry.

In a keynote speech to the conference, the minister said that working in partnership with the industry to build on its current successes was key to ensuring a strong industry was left behind for future generations.

“Change and opportunity for me reflects perfectly the position the industry is in now and will be in for the next few years,” he said.

“There are massive changes ahead and it is important that the industry, working with the support of the Welsh government and key stakeholders such as NFU Cymru, prepares properly to face the changes and grasp the opportunities that such a period of huge change will bring.”

More on this topic
Read our CAP reform special