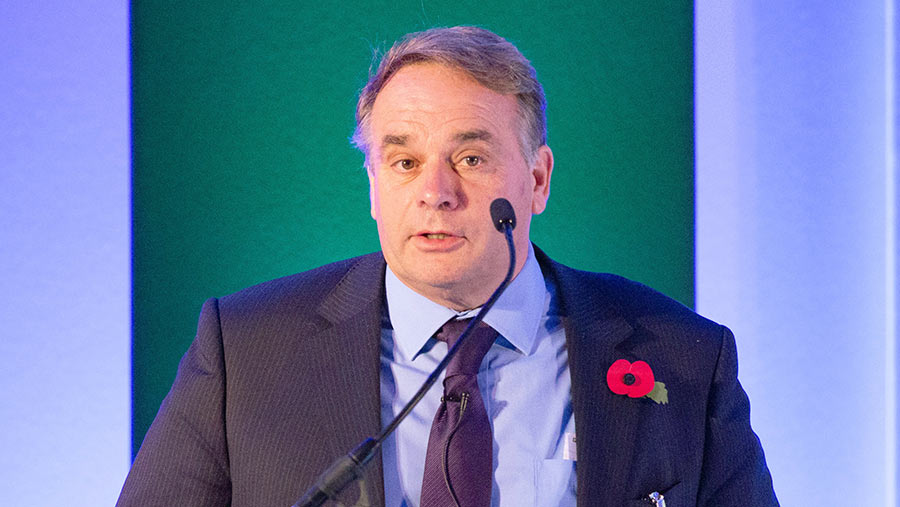 Farmers will need 10-year stewardship agreements to deliver Michael Gove’s vision for the countryside after the UK leaves the European Union, believes an influential MP.

Decade-long contracts were the minimum length required for a proposed new agri-environment scheme to have a lasting benefit on the rural environment, said Neil Parish, chairman of the House of Commons environment, food and rural affairs (Efra) committee.

Mr Parish was speaking at the East of England Farming Conference on Thursday (1 November). The one-day event at the Peterborough showground brought together industry leaders, influencers and farmers to discuss ways of ensuring agriculture is fit for the future.

The government wants to replace direct payments with a new land management stewardship scheme based largely on rewarding farmers for undertaking environmental measures. Mr Parish said this would turn the entire system of agricultural support upside down.

Direct payments under the Common Agricultural Policy had resulted in higher land rents and inefficient food production, suggested Mr Parish. It should be easy to devise a better and fairer support system for UK farmers than for 28 EU countries.

Long-term agreements have been available to farmers and land managers under the EU-funded Countryside Stewardship scheme. Mr Parish suggested that agreements of a similar length would still be needed after Brexit.

He added: “You do have to at least a 10-year contract, I believe, for a good stewardship scheme if you are going make a difference to the outcome on that land. Those [contracts] are absolutely fundamental.”

Mr Parish’s views are significant because the Efra committee is currently scrutinising the government’s post-Brexit plans for UK agriculture. His comments came the day after MPs on the committee quizzed Defra secretary Michael Gove.

The committee is expected to report its findings in the coming months. Mr Parish said he accepted Mr Gove’s view that no parliament can bind a future parliament. But it was already clear that long-term stewardship agreements would be needed to deliver long-term benefits, he added.

As well as long-term contracts, farmers would also need positive payments, so they were rewarded for the true value of the environmental benefits they provided, rather than merely being compensated for loss of income, he suggested.