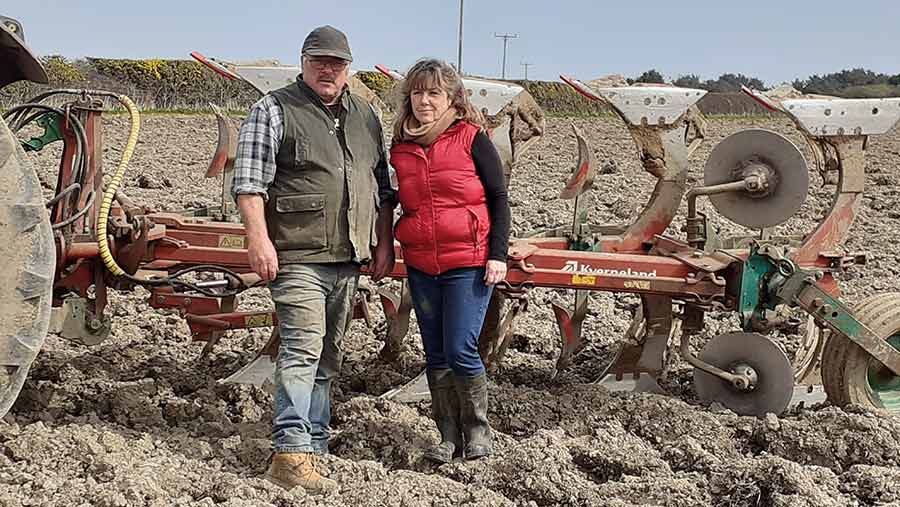 Organic farmers who had stewardship agreements axed have called for compensation amid mounting human, financial and environmental costs.

After sustained lobbying by the organic sector, Defra reversed the decision last week, allowing existing OHLS holders to roll over contracts, in line with other stewardship schemes.

But 50 farmers whose agreements lapsed before the U-turn have been forced out of the OHLS scheme and left in limbo.

Cornwall-based Mark Pascoe contacted Farmers Weekly this week to explain the shock and financial impact caused by the RPA’s decision.

Mr Pascoe manages more than 200ha. About 35ha at Lower Boskenwyn Farm, near Helston, is owned by the family and the rest is rented from the National Trust’s Godolphin Estate.

Until March 2020, all of the land was farmed under the OHLS scheme, producing mainly beef and sheep.

Mr Pascoe only realised his 10-year OHLS agreement would not be continued when he applied to renew the contract, leaving him flabbergasted.

Despite securing a Higher Tier Countryside Stewardship (CS) contract, the move has cost the business payments worth £60,000/year.

He has reduced organic cattle numbers and ploughed up land for spring cereals to recoup some cash.

Investments in arable machinery and equipment have also forced the business into a tougher financial position.

Fees for consultants and accountants sky-rocketed and pressure mounted as jittery lenders wanted assurances over the farm’s future.

“My heart is in organic farming. This has been a kick in the guts, I am devastated after working organically for decades,” said Mr Pascoe.

Mr Pugh was told to switch to CS, but there were no similar options to transfer to and the farm’s bid to gain a Higher Tier agreement failed. The Mid Tier payments represented a cut of one-third to just £8,000/year.

The losses mean Mr Pugh has considered moving into conventional daffodil production or potato growing. But he fears the biodiversity, built up over 20 years, would be lost.

“It is terribly wrong. We have done what the public wanted from farming and met all of the government’s requirements,” said Mr Pugh.

“Yet we have been singled out while other scheme holders have been allowed to roll over agreements.”

The fair thing to do would be to re-admit OHLS farmers with backdated payments, he added.

“Good farmers have been singled out, based on nothing but their production method, and their livelihoods have been thrown into jeopardy as a result,” he added.

Defra has been asked to respond to the claims.

Shropshire farmer sympathy for others after last-minute reprieve

One farmer who narrowly made it through the rollover has expressed sympathy for his farming peers.

In the weeks running up to the Rural Payment Agency’s agreement to roll over Organic Higher Level Stewardship (OHLS) contracts, Mr Wheeler had suffered sleepless nights.

He grew concerned that he would have to quit farming.

He said the £20,000 OHLS payment is the difference between profit and loss for the 180ha of land he farms around Brynmawr.

“I don’t know what we would have done and I am so sorry for those who have lost out,” said Mr Wheeler.

“The educational options supporting 50 school visits, the wildlife stubble options and extended access, would all have been lost under Countryside Stewardship.”

Mr Wheeler said urban people are sceptical about how public money is spent, but the OHLS scheme does everything to allay any doubts.

“We produce food, care for the environment and welcome the public to see how farming works,” he added.