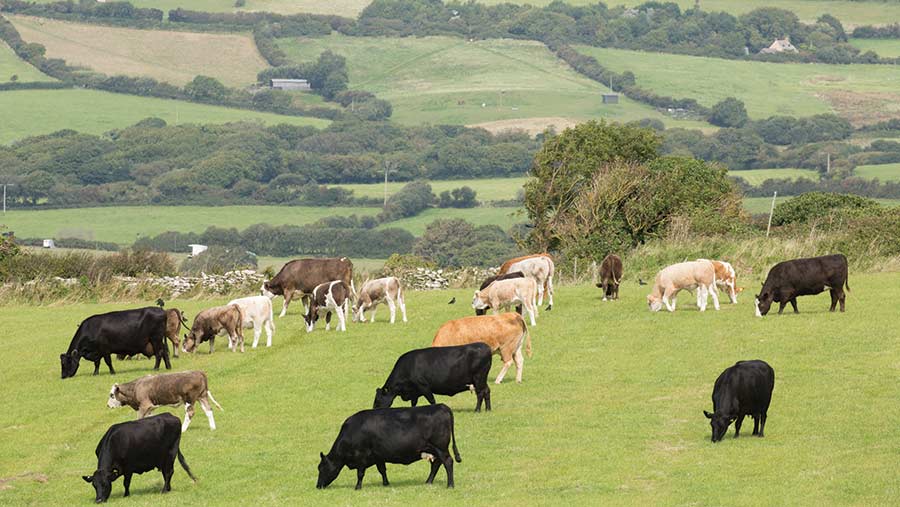 All the money currently spent on the Common Agricultural Policy in England – and possibly more – should be transferred to a new “public money for public goods” scheme in England, if farmers are to be incentivised to take part.

That is one of the key demands from the CLA, which has published its detailed proposals for a Land Management Contract (LMC) to replace the Basic Payments Scheme following a post-Brexit transition.

The LMC concept was first mooted by the CLA in July last year. The idea is to give farmers a menu of options for managing land to deliver public benefits.

They will effectively sign a contract with government, receiving payments based on what they contribute, rather than the amount of land they own.

These ideas have now been fleshed out in a new report from the CLA called The Land Management Contract – Design and Delivery in England, a “positive, progressive and pragmatic” policy for the post-Brexit era.

The LMC should not be the only tool, the CLA says, but should be one part of a wider policy “to boost profitable farming and forestry through improved productivity, competitiveness and resilience within a thriving rural economy”.

But a new contract with government should also be used to deliver things such as clean water, carbon storage, enhanced public access, biodiversity, heritage and sustainable farming practices – things that are not normally rewarded through any normal market mechanism.

The paper emphasises that, while a new public goods scheme based on LMCs would present significant opportunities for environmental improvement, “these benefits will only be delivered if the new scheme attracts farmers and land managers by making good business sense”.

“This will require the government to commit to transferring, over time, at least the current CAP spend into the new public goods scheme, to ensure sufficient incentive,” says the CLA. For England, that would mean spending of £2.2bn a year, or more.

CLA president Tim Breitmeyer says his organisation has advocated incentives for land managers to deliver public goods for a long time. “But this policy will only succeed if it sits alongside a clear plan for supporting profitable food production, through a transition period and for the long term,” he adds.

“This means sufficient investment into the scheme, while avoiding unnecessary complexities and burdensome red tape. It also means long-term guaranteed payments so that farm businesses can have the certainty that is crucial in planning for a resilient future.”

The CLA sets out four key elements to its LMC proposal, insisting that taking part should be a “commercial decision for land managers” and that it should be “a choice, not an entitlement”. There should be no requirement to be an “active farmer”, it adds, saying anyone who can provide public benefits should be eligible.

1. Universal LMC. This should be available to all land managers, with a menu of options to choose from, such as animal welfare, nutrient management, soil health and climate change adaptation.

The scheme should be “broad and shallow” in terms of what is required, with different activities attracting different points and rewards.

A premium should be available above a certain points threshold. The CLA favours schemes that last for three to 10 years, with a “rolling application window”, so that people can apply at any time.

Woodland management and sustainable farming practices are an integral part of the Universal LMC.

2. Universal Capital LMC. This part of the plan should also be available to everyone, with one-off payments for infrastructure improvements that deliver public benefits.

Designed to complement the Universal LMC, this money could be used for things such as fences (to keep livestock out of water courses), woody dams (to slow flood waters), manure storage (to reduce ammonia emissions), or enriched rearing systems (to improve animal welfare).

Again, the CLA favours a rolling application window, and suggests co-funding with third parties, such as water companies, which may benefit from some of the measures.

3. Enhanced LMC. This is designed to encourage more complex land management projects that are targeted at improving the wider natural environment, or enhancing whole landscapes.

It also seeks to encourage and reward collaboration among groups of landowners and other parties. This would be open to competitive tender and involve both one-off and ongoing payments.

Initially, payments could be linked to the actions taken, but in the long-run the aim is to base payments on actual results. (Natural England is currently trialling two results-based projects.)

4.Landscape scale restoration projects. While the Enhanced LMC is all about enhancing the natural environment, this last part of the framework is to do with restoring degraded landscapes across large areas.

Again, this is best undertaken on a collaborative basis, with applicants competing for a finite budget. Projects will need to exceed 5,000ha and bring in funding from outside central government.

Why a points based system?

Allocating points allows different values to be linked to different outcomes. A land manager could then choose to focus on a small set of high-scoring activities, such as woodland creation or pollinator strips, or make more numerous, but smaller changes across their whole farm.

What about the money? Will it be worth it?

To attract farmer buy-in, a new LMC needs to be suitably flexible, must fit in with existing farm management practices, and must come with decent advice and training, says the CLA. But above all, payment rates must be attractive.

“It cannot be assumed that, without BPS, land managers will automatically apply to any source of government funding,” the report says. “How future schemes are designed, implemented and incentivised will determine whether land-based businesses will engage with them.”

The CLA explains that, under EU and WTO rules, current payments are restricted to “income forgone” and “costs incurred” in any environmental projects. This has discouraged more efficient farmers from getting involved, and fails to prioritise activities that deliver multiple benefits.

But the CLA believes the EU is taking too narrow a view of WTO rules, which are really about avoiding trade distortion, and says the UK government can and should go further. “Income forgone and cost incurred should be the floor for any payment rate,” it says. “If the government wants to improve the environment, it will have to provide a more attractive proposal.”

One way of doing this would be to base “income forgone” on the top performing farms, rather than just taking the average. Giving more points to activities with greater public benefit will also achieve better results.

The Land Management Contract (LMC) idea floated by the CLA last July seems very much in tune with the Environmental Land Management (ELM) concept recently proposed by Defra secretary Michael Gove in his “health and harmony” consultation. Indeed, it is almost as if the has influenced his thinking.

If that is the case, there seems every likelihood that the model now described in more detail by the CLA may bear some real resemblance to the type of scheme that eventually sees the light of day at the end of the Brexit process.

The latest CLA document certainly has much to recommend it. For example, the idea of a multi-tiered system, with a “broad and shallow” scheme for the masses and a more upmarket option for those with grander ideals, makes good sense.

So too does having a rolling application period, rather than enforcing a specific deadline that only adds to the bureaucratic burden. And a points-based system of payments will make it easier to prioritise those areas of public goods that offer the greatest benefits.

Crucially, the CLA also emphasises that any future LMC/ELM – call it what you will – should not be the only thread of a new agricultural policy. Public money should also be available to bolster farm productivity and help farmers deal with market volatility. Supply chain inequality must also be addressed.

As ever, though, it will come down to money. Not only must any new LMC/ELM be easily accessible to the vast majority of farmers, it must also reward them in a way that enables them to see a positive return from the time and capital they will have to put in.

Mr Gove should bear this all in mind as he moves on to the next phase of post-Brexit policy formation.