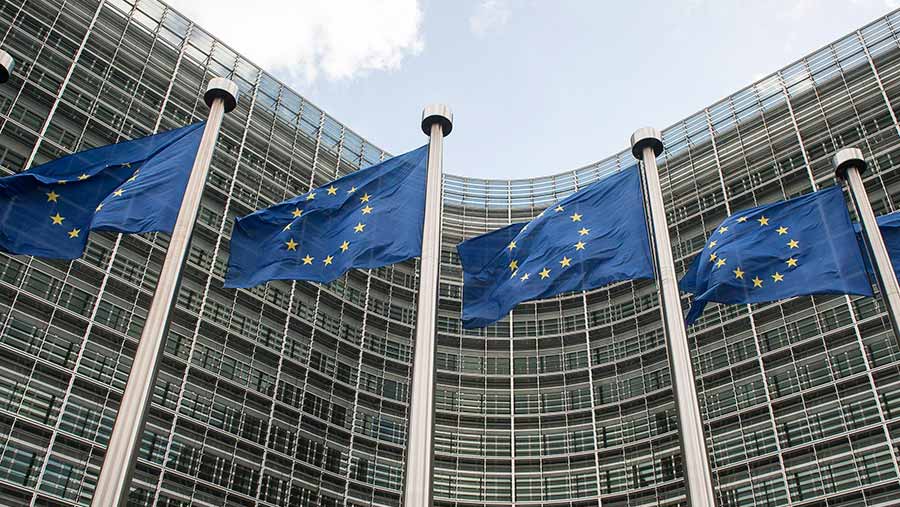 Brussels has proposed a €100k (£87,000) limit on payments to farmers under the next round of the CAP, due to be implemented after the UK leaves the European Union.

EU farmers will also be expected to implement more environmental measures in return for money – although not to the extent proposed by Defra in the UK.

European farm commissioner Phil Hogan said the proposals delivered on the commission’s commitment to modernise and simplify the CAP.

They would ensure a more resilient agricultural sector in Europe while increasing the ambition of the CAP in relation to the environment and climate change, he said.

At the same time, the new CAP would ensure fair and better targeted support of farmers’ income.

The main features of the commission’s formal proposals are:

1. A new way of working Member states will have more flexibility in how to use their funding allocations, allowing them to tailor programmes for farmers.

Member states will also have the option to transfer up to 15% of their CAP allocations from direct payments (Pillar One) to rural development (Pillar Two) and vice-versa.

2. A fairer deal through better targeting of support Direct payments will remain a key part of the policy, the commission says, ensuring stability and predictability for farmers.

Direct payments will be reduced above €60,000 and capped for payments above €100,000 per farm in a bid to ensure a fairer distribution of payments.

Small and medium-sized farms will receive a higher level of support per hectare. Countries will have to set aside at least 2% of their direct payment allocation for new entrants

3. Higher ambitions on environmental and climate action The new CAP will require farmers to achieve a higher level of ambition through both mandatory and incentive-based measures.

Each member state will have to offer eco-schemes to support farmers who go beyond mandatory requirements, funded with a share of their national direct payments allocations.

4. Greater use of knowledge and innovation A budget of €10bn from the EU’s Horizon Europe research programme will be set aside for agricultural research and rural innovation projects.

Member states will be encouraged to use big data and new technology to monitor farms and payments, reducing the need for on-the-spot checks.

The new CAP is scheduled to take effect from the start of 2021 and will not apply to the UK, which is due to leave the European Union on 29 March 2019.

However, the UK will remain a de facto part of the CAP until the end of the Brexit implementation period, which is currently scheduled for December 2020.