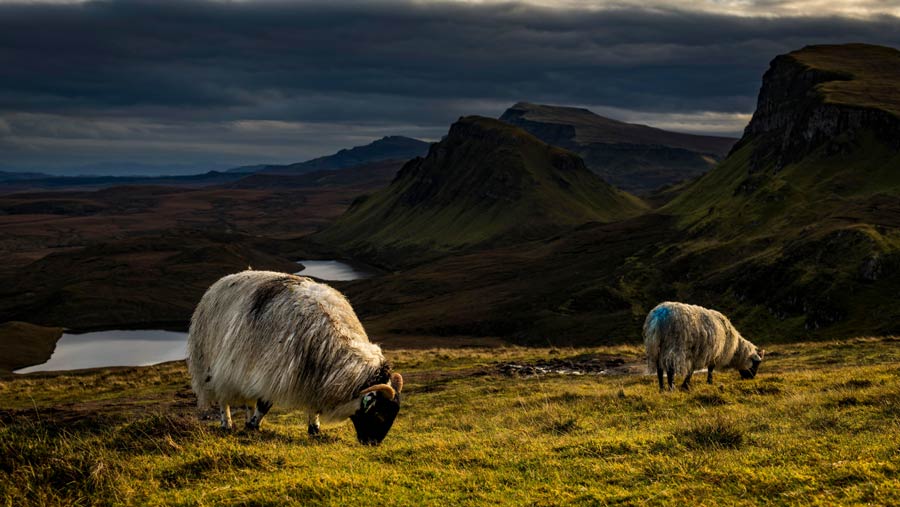 Scottish hill farmers say the rural economy faces collapse unless £65m in support payments are reinstated from next spring.

The union wants the Scottish government to retain the LFASS with a £65m budget from 2021. Payments in spring 2021 should be made at the same level as in 2018, it says.

NFUS also wants the Scottish Upland Sheep Support Scheme retained, with the added safeguard on the number of ewe hoggs claimed limited to 20% of the ewe flock.

This would help hill farmers in tougher areas who are struggling, it says.

Less-favoured areas account for 86% of Scotland’s agricultural land, 90% of its sheep and 83% of its beef herd – making the uplands the backbone of the country’s red meat sector.

NFUS says the £65m in LFASS payments provide vital support to a rural economy worth at least £1bn.

It says LFAs are critical in the delivery of local jobs, world-famous landscapes and biodiversity, carbon sequestration, thriving communities and cultural heritage.

Farmers and crofters are the glue that holds the Highlands and Islands together, said NFU Scotland LFA committee chairman Robert MacDonald.

“Without that, you’ve got nothing,” he said. “Tourism would struggle if it wasn’t coming off the back of farming and crofting in these areas.”

NFU Scotland says LFASS support should be retained until at least 2024, so farmers can deliver these wider benefits beyond agriculture.

Doing so will ensure farming and crofting remain the economic catalyst behind many of Scotland’s remote and island communities, it says.