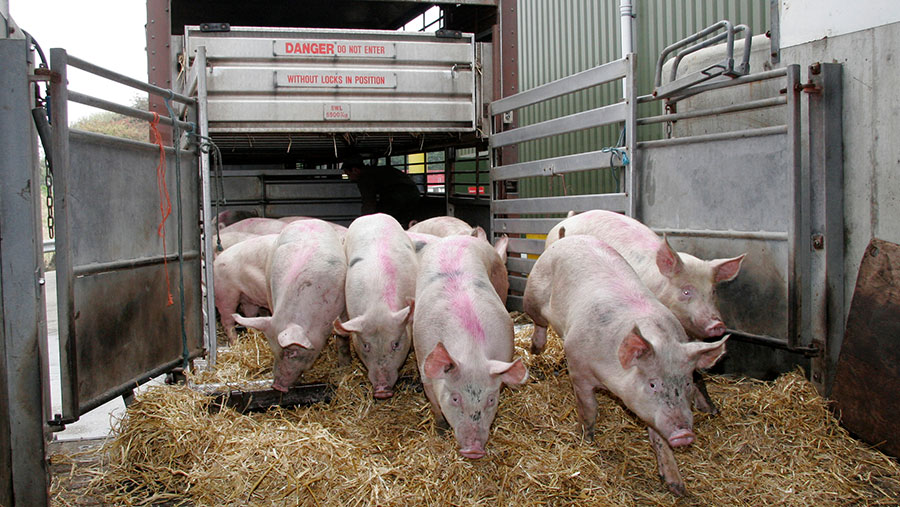 Pig prices continue to rise, pulled up by a falling pound and growing export demand as China draws in more supply to make up for its African swine fever (ASF) losses.

Weaner prices also rose again in the week to 18 May, with 7kg stock up just 43p to £35.75 a head. A small sample meant there was no price report for 30kg weaners.

Increasing demand in Europe continues to feed through to UK prices, said the AHDB, and prices remain below last year’s price level, with the differential narrowing.

Meanwhile, European pigmeat exports to China rose by 39% in January and February.

Early 2019 also saw a rise in fresh and frozen retail pork sales in the UK. The 12 weeks to 21 April saw an extra 4.7% spent on this sector, according to retail analyst Kantar Worldpanel.

International food consultancy Gira predicts that it will take China until 2023 to recover from ASF, but also that this recovery could bring a massive market challenge for pig producers elsewhere, who will have enjoyed the market benefit of filling the Chinese supply gap created by ASF.

UK pigmeat production is up 1% in the year to April. Higher carcass weights have driven production levels, despite a stable supply of clean pigs and a drop in sow and boar slaughterings, said AHDB Pork.

On a like-for-like basis, pre-tax profits rose 2% to £92m for the Yorkshire-based pork, poultry and meat products group, which will raise its full-year dividend to 55.9p a share (53.7p on 2018 results).

Turnover at £1.44bn was similar to that of the previous year. Pork accounts for 32% of group revenue; cooked meat and continental products 35%; gourmet products (sausage, bacon and pastry) 19%; and poultry 14%.

Export revenue rose slightly and the company invested £11m in its three pork-processing facilities during the year.

It is also building a £75m poultry-processing facility in Suffolk, which it says is the first new primary poultry plant to be built in the UK for 30 years. It will be able to handle up to 1.2 million birds a week.