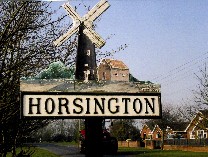 A agricultural engineer, whose home is sandwiched between a modern broiler unit and a veteran layer breeder site, assured protesters from the , near Woodhall Spa, that the arrival of a 200,000-bird intensive broiler site close to their village would not threaten their way of life.

Gary Avison said: “I am involved in agriculture and am well aware that livestock units, such as poultry, do smell at times, but infrequently, and really only when they are being cleaned out and muck is being spread.

“I know the muck from the six houses is spread to land, but I am not aware that anyone locally has lodged a formal complaint,” he said.

“Given the state of agriculture at the moment, this business development should be encouraged.”

Mr Avison was speaking in support of an appeal by Annakin Farms against a planning refusal by East Lindsay District Council for five 40,000-bird broiler houses at Mapleton Farm, Horsington.

There was further support from Sheila Naughton, who worked at Annakin Farms’ Top Farm. She said she had never detected odours from the broiler unit or had to keep windows closed in the farmhouse.

“I like to buy British (chicken) and if it weren’t for farmers like Michael Annakin, I wouldn’t be able to,” she said.

The hearing, which inspector Phillip Asquith hoped to finish in three days, has set a record for the district council, with the eighth and final day held at the end of May.  It has also exhausted the budget and extra funds have had to be found.

Mr Asquith’s report is expected to be completed by early July.