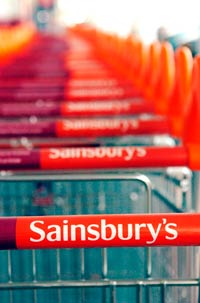 Britain’s third-largest supermarket, Sainsbury’s, says its pre-tax profits increased by more than 50% in the year to 20 March, to £733m.

“Sainsbury’s has outperformed because we continue to lead on providing healthy, fresh and tasty food with universal appeal,” chief executive Justin King, said.

Total sales, including VAT, excluding fuel, for the year were up 6.7% and like-for-like sales were up 4.3%. Like-for-like sales had grown cumulatively over five years by nearly 25%, with customer numbers up one million on last year to 19m each week, he said.

“While we expect the environment will remain challenging and consumer spending will be under pressure, we believe our strong space growth plans, supporting our expanding food, complementary non-food and convenience store businesses, alongside our continued focus on productivity, will enable the business to make further good progress.”