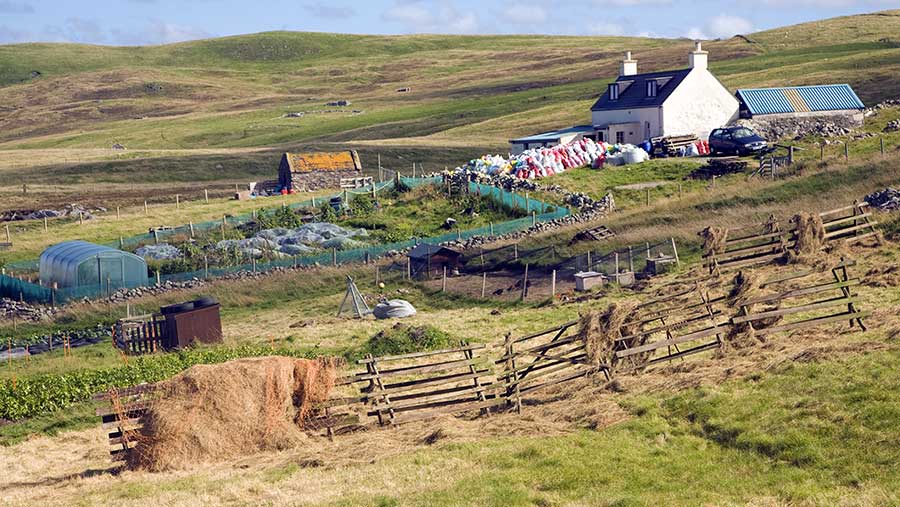 Tenant farmers in Scotland are being urged to make use of the amnesty on registering tenants’ improvements, to protect themselves during rent reviews and at the end of a tenancy.

The amnesty is one of the provisions of the Land Reform Act (Scotland) 2016 allowing tenants to register past improvements made to the farm so that they become eligible for compensation at “waygo” (the end of an agricultural tenancy).

The amnesty was introduced as it was recognised that too often tenants and landlords were unclear, or unable to evidence, what agreements have been made about improvements or if the appropriate notice was given.

This has resulted in difficult disputes when tenancies end, about whether the tenant should be able to claim compensation for improvements they have made.

Tenants can also benefit from registering improvements at rent reviews, as a key principle of the rules are that a tenant should not be expected to pay rent on their own improvements.

The amnesty will only be open for three years and one year has already passed.

“With only two years remaining of the amnesty, I urge all tenants to decide as soon as they can whether to use it, or not,” said Bob McIntosh, Scotland’s Tenant Farming Commissioner.

“It can take a bit of time to pull together all the evidence tenants may need to submit through an amnesty notice, so it’s best not to leave it too late.

“The amnesty is a one-off opportunity for tenants to ensure that past improvements are eligible for compensation at waygo.”

NFU Scotland president Andrew McCornick agreed that it was a “use it, or lose it” situation.

“I urge all tenants to decide as soon as they can whether the amnesty is appropriate for them.”

Christopher Nicholson, chairman of the Scottish Tenant Farmers Association, said many people on secure tenancies might consider that their tenancies will never come to an end, so the amnesty is not worth bothering about.

“However, although that may be the case, rents are soon to be based on the productive capacity of the holding and identifying tenant’s improvements will be crucial.

“After all, no one wants to be rented on their own improvements.”

Mr Nicholson said the STFA was advising tenants to cast the net far and wide when making their list of improvements, as the definition of an improvement was broad, referring to “any building or structure affixed to land and any works on, in, over or under land”.

This means as well as buildings, housing, fencing and other obvious items; improvements to land, such as ditches, drainage, removal of stones and other obstacles to cultivation; field boundaries; access improvements; and provision of services should also be included.

“It is better to include too much rather than too little, as there will be no second chances if any improvements are missed,” he said.

The STFA is also stressing to tenants that the amnesty has the backing of the whole of the industry, so no tenant should feel nervous about approaching their landlord on the matter.

The process was meant to be “co-operative and consensual” between both parties, it said.

The amnesty notice must set out the details of the improvement and why it is fair and equitable for compensation to be payable at termination of the tenancy, even though the correct procedure may not have been followed at the time the improvement was made.

However, the amnesty will not apply where the landlord objected to the original improvement notice or the improvement was carried out in a manner significantly different from the original notice.

Although it is the tenant’s responsibility to initiate the amnesty discussion, thereafter landlords and tenants should jointly prepare an agreed list of improvements and both parties should assemble and be prepared to share relevant documents and other evidence.