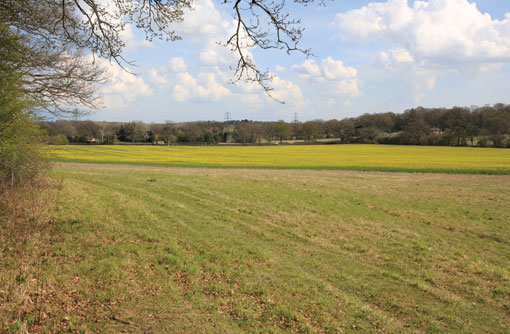 Vendors looking to sell farms with a significant residential value should consider splitting the house from the land when marketing the property.

Charlie Evans, a partner at Strutt & Parker, says the increasing disparity between bare land values and the residential market means sellers should now consider the “divorce value” of a property to achieve the best sale.

“As recently as the spring we were discussing marriage value in relation to residential farms and estates. This is where the sum of the whole property is greater than the part,” Mr Evans said. “It reflected the scarcity of residential farms and the fact that people were prepared to pay a premium to buy them.”

He believes the opposite is now true. “In many cases the sum of the parts – house, buildings and land sold separately – leads to a higher price than the sale of the whole.”

A recent large farm sale in Sussex demonstrated the point, he said. The farm was marketed as a whole and in lots, but it was agreed to sell in lots as this gave a higher overall price even allowing for the increased risk and inconvenience of selling in multiple deals.

“However, lotting also has drawbacks in that potential buyers interested in one lot may often feel they don’t have a chance,” said Mr Evans. Strutt & Parker has now produced separate brochures for the houses and land for another Sussex sale, this time a country estate near Lower Beeding.

The 171 acres of land at Woldringfold – a mix of arable, pasture and woodland – is under offer over the £1.125m guide just three weeks after launch, while one of the three houses has also sold, achieving more than the £1.5m guide. One other remains for sale and the third will be marketed once renovations are completed.

“The market for bare land has never been so strong,” Mr Evans said. “There have been several examples of sizeable blocks of land selling for £9,000-10,000/acre in the South East.

“The strength of interest from farmers and investors desperate for land, but who do not want a house, has created this recent trend and the ‘divorce value’ phenomenon.”

“The rising value of the bare land portion has disguised this – the driver for most buyers remains bare land,” he said.

Such houses were impeding the sale of some smaller residential farms, especially as the ripple effect from London was no longer happening, said Mr Cross.

The residential portion of a farm’s value had slipped 15-20% to pre-2007 levels. “There are some fantastic bargains to be had for anyone considering moving out of the capital,” he added.

Keep up with the latest property news, prices and trends