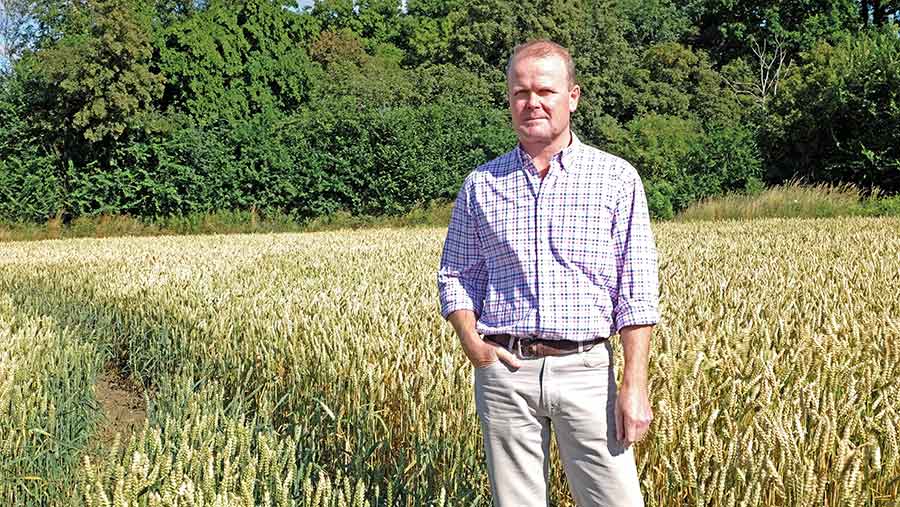 Managing soils ranging from heavy clay to Breckland sand provides plenty of challenges, with the move away from the Basic Payment Scheme (BPS) demanding reviews of cropping and land use at Troston Farms in Suffolk.

Keen to help shape policy, manager Edward Vipond signed up for the Sustainable Farming Incentive (SFI) pilot on 230ha, but has not been impressed by the scheme so far. He says that the three templates on which it is based are far too narrow.

“We’ve struggled with the base, I don’t know who they are trying to appeal to. It’s very channelled and our system and our rotation doesn’t fit it.

“We’re not going to turn our back on profitable agriculture – I like to keep the light land busy and farm the heavy land as it needs to be farmed,” he says.

“We can’t use no-till or non-inversion and so we have ended up simply being paid for things we are already doing, such as planting 50 oak trees and cover cropping the light land, which is the right thing to do anyway.

“It’s not breaking new ground, it’s greyscale and watered down,” he says of the initiative, and has opted for the arable land and soils standards, both at the introductory level and offering £28/ha and £26/ha, respectively.

Countryside Stewardship continues to be far more appealing than any of the more recent policy developments. Troston currently has two schemes, which Edward would like to have merged to have the same end date. However, the system does not allow for that.

Frustratingly, confirmation that the application for the second five-year scheme had been successful was received only in mid-March, although the agreement started on 1 January.

“This meant we have missed out on the chance to apply for capital items,” says Edward.

With the first scheme ending this year, he is applying to start a new agreement in 2023, hoping to get into the higher tier. “It’s competitive so we’ll just have to see if we have enough points.”

He has water meadows in the GS2m unimproved grassland option, with a grazier bringing cattle onto the land. He is keen to explore how to take this further, but says the bureaucracy is a challenge.

“Natural England has been out and was fairly enthusiastic – there is the possibility of attracting wading birds, with scrapes and wet meadows. But with power lines running overhead, they were concerned that predatory birds might sit on the powerlines and target the rarer species.”

Since the judging visit in 2021 and after much local opposition, planning permission was finally achieved to bring in inert waste in the form of soil from building sites to fill in a former sand and gravel quarry of about 1ha.

Having thought that getting planning was the tough part, Edward says that the Environment Agency has now ripped apart the plan, with incorrect references to ancient woodland and a requirement for boreholes leading to the need for a bespoke permit at a cost of £35,000 to £45,000, roughly 10 times that of a standard permit.

Edward has found this a frustrating process as the assessment of the project has all been office based with no site visits. So the plan has been mothballed for now but has led to thinking that the site is a potential reservoir.

Troston Farms is also part of the Breckland Farmers Network, a farmer-led group collaborating to create a landscape-scale wildlife network.

This has more than 50 members and covers more than 44,000ha of farmland. So far, cultivated margins look like offering the most viable first move for the farm in this collaboration.

“This wouldn’t be on all the land, and will be worth considering as long as there’s a farmer bias in there and the plan is clear to understand and not top-down,” says Edward.

“I’m particularly keen on cultivated margins to provide habitat for more rare birds, but you have to be careful about the potential for build-up of things like cranesbill, fat hen and nettle on light land.”

While they can result in a late combining challenge, Edward’s interest in sunflowers continues to grow. “I still have every enthusiasm for the crop,” he says, and is growing 40ha for Frontier Agriculture.

“They are a very viable crop, attracting a price linked to oilseed rape of more than £500/t. In a normal year you get 2t/ha, if you don’t mind risking having to combine in November,” he says.

“They cost me just £65/ha in variable costs so it’s relatively low risk and I can sell it at a good price for bird seed.

“So it’s a case of weighing up that very straightforward approach against the risks of the human consumption option.”

This year, he has sent some sunflowers to be dehulled in Yorkshire, as a trial. Processing the crop for human consumption can add a significant margin but Edward fears this could be outweighed by an equally significant level of bureaucracy.

Rye is a staple of the rotation and considered a “safe” crop by Edward. It is grown on contract for Ryvita but also for other markets.

However he is disappointed that millers and compounders do not seem as keen as they originally indicated, with the last few loads of the 2021 crop travelling further than is decent to find a home he says.

Oilseed rape is getting a very tentative appraisal for autumn 2022 drilling, though beans will continue to be the break crop of choice on the heavy land. 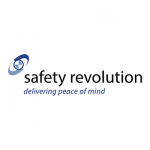 The 2022 Farm Manager of the Year is sponsored by Safety Revolution.