As in 2014, this year’s Cereals event is being jointly hosted by two farming business, which are also seeing the benefits of collaborating on arable cropping.

The Banks family of Harlton Farms have once again teamed up with Robert Law of Law Farming (and Farmers Weekly Farmer Focus columnist) to provide the venue. 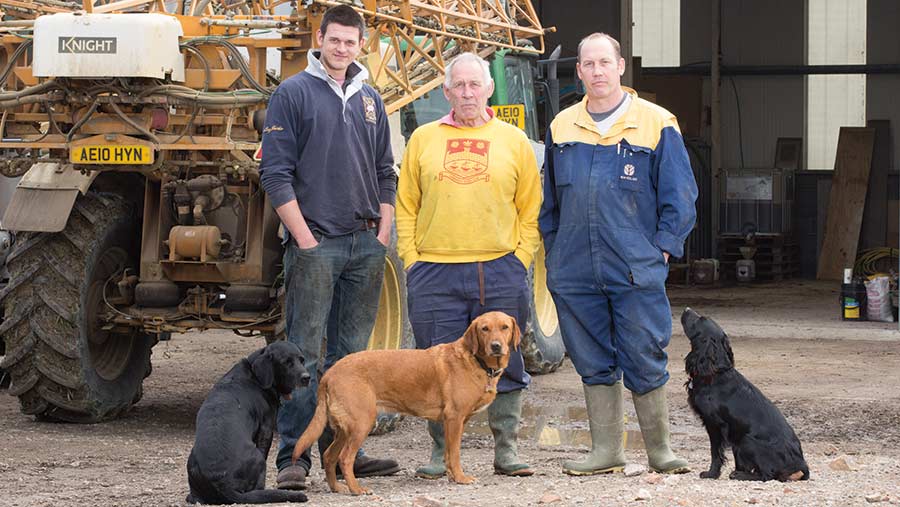 Father and son Alan and Ben Banks farm a total of 582ha from their base at Harlton, near Cambridge, on a mixture of owned and tenanted land, with the land adjoining Robert Law’s farm belonging to Ben’s grandmother, Mrs Rayner.

The two farming businesses are providing all the land and access for the showground and the car parks (63ha in total) for Cereals 2016 – where more than 25,000 visitors are expected over the two days in June – as well as the local knowledge and contracting services required for the site.

However, the very light, sandy soil at the Chrishall Grange site is not typical of most of the soils at Harlton Farms, which are much heavier and bring their own set of challenges, says Ben Banks.

“As at many other farms in this area, blackgrass is one of those challenges,” he says. “It seems to grow very well here on this moisture-retentive ground, despite our best attempts to get rid of it.”

Those attempts have included a combination of chemical and cultural controls, as well as rotational changes. “Rather worryingly, it is even coming through in our spring beans this season, even though we sprayed off successive flushes before drilling.”

In an attempt to get tougher on the weed, Avadex (tri-allate) has also been used in the cereal crops this year, as the business has its own applicator, says Ben.

“It was an extra treatment and cost, rather than a replacement, but the jury is still out on whether it was worth doing. At this stage, we do seem to have blackgrass where we shouldn’t.”

Combinable crops and beef cattle form the basis of the family business, which has one full-time employee, Jack Harvey, in addition to Alan and Ben. For the first time in some years, there is no winter oilseed rape on the farm, after the crop failed last year. 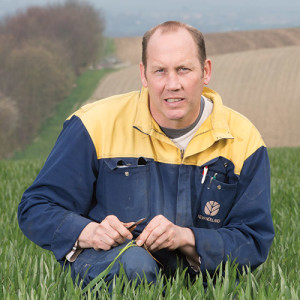 “We are right in a flea beetle hotspot,” continues Ben. “A disastrous 2014 autumn experience with the pest means that the crop has gone for the moment. We have replaced it with spring pulses.”

Pest problems are only one of the current issues affecting oilseed rape, he says.

“It’s a high-risk, high-investment crop, so it doesn’t suit the current economic climate. We have also found that it isn’t a cleaning crop as far as grassweeds are concerned – we have had only one year recently when we were pleased with the results of propyzamide.”

So spring beans and spring peas are being grown this year in its place. Having last produced peas 10 years ago, Ben has a vivid memory of the crop going flat just before harvest.

“Fortunately, the varieties have moved on and better standing ability is now on offer. We don’t want a repeat performance.”

Most of the winter wheat being grown at Harlton Farms is hard feed varieties, although there is also 53ha of the Gallant milling variety.

“Shed fillers tend to predominate, for their reliability,” says Ben. “We are growing Diego and Evolution, which we have every confidence in. There’s no reason to change varieties just for the sake of it.”

However, as Ben has purchased storage space in central store Camgrain, growing an area of milling wheat is less risky than it might be, as it reduces his reliance on having the right weather at harvest.

“Even if it’s wet when we combine the Gallant, Camgrain will take it. They have the facilities to dry and clean grain, if necessary, to maintain its milling quality.”

Wheat yields of 9.5-10t/ha are expected from the feed varieties, with milling wheats coming in at about 9.3t/ha, he says.

Both hybrid and conventional varieties of winter barley are grown, depending on soil type and market demand. The new hybrid Bazooka has replaced its predecessor, Volume, with the grain being used to feed the farm’s cattle.

“We have grown hybrid barley for four years now,” says Ben. “It does well on our heavier ground, although it doesn’t have quite the effect on blackgrass that is claimed. We find it hides the weed, rather than reduces it.”

On the lighter land, Carat is grown for the syrup market, often taking the place of wheat as the first cereal. A very early variety, it is well suited to the lightest land, which seems to suffer from drought in most years.

“For that reason, we have two different rotations,” Ben explains. “Although both are based on cereals and pulses, we change the position of the barley crop according to need.”

A 3.5m Great Plains SLD is the main cultivator. Light land and over-wintered stubbles are ploughed and pressed. Drilling dates are a case of Ben holding his nerve for as long as possible, with as much as done in October as is practical.

“This year, we were all finished by 20 October, having started on 1 October,” he says.

Their grain marketing is done through five different companies, with good use being made of pools. The farm has grain storage capacity of 2,600t, along with some central storage, so the remainder is sold off the combine.

Other enterprises on the farm include solar panels on the grain store capable of generating 48kW, producing electricity to be sold back to the grid.

Contracting services are also offered. With grass and silage land forming part of the farm for the 200 head of beef cattle, Ben has the machinery to carry out silaging for others. He also undertook 200ha of contract combining last harvest. 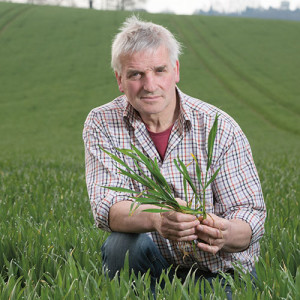 Since his last involvement with Cereals in 2014, Robert Law has taken on another two farms and added almost 200ha to his farming operations.

This has allowed him to increase his areas of oats, rye and sugar beet, with most of these crops being grown for seed.

“I have doubled my acreage of forage rye for seed, and increased the production of hybrid rye seed,” he says. “Thanks to anaerobic digester demand for rye, the premiums are very good.”

A larger area of oats is also in the ground for 2016, while the overall UK crop area has fallen by about 20%. “It’s touch and go whether there will be enough oats to get us through to this year’s harvest, let alone the next. As a result, oats are currently trading at a £20 premium to wheat.”

Otherwise, he is pleased that he has stuck with Group 3 winter wheats. “Again, there could be a supply shortfall. There are also three mills within 30 miles of the farms that take soft biscuit wheats.”