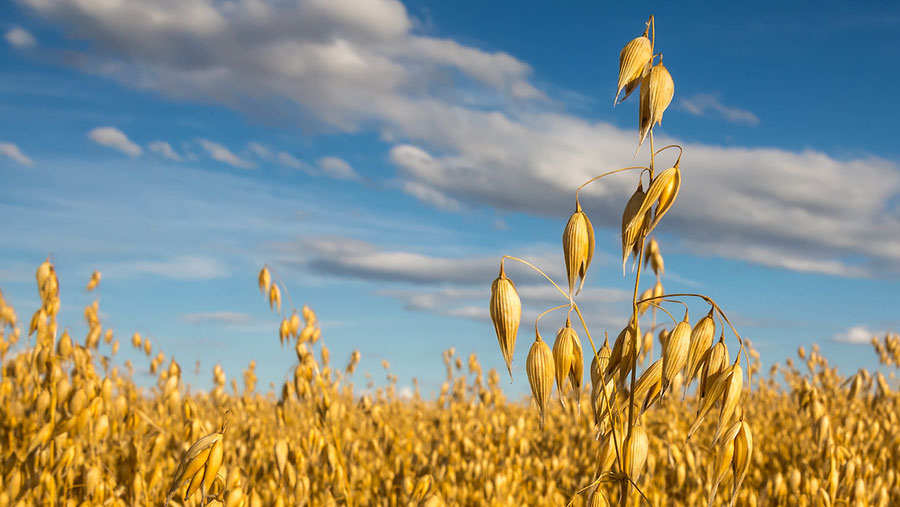 The UK’s first oat growth guide was launched by PepsiCo at the Cereals event, with the aim of raising yields by 5-10% to meet the rising demand for milling oats.

Containing benchmarks that can be used to monitor both winter and spring oat crops, the guide’s growth and development targets were taken from 120 commercial crops and 60 reference crops, grown across the UK over four seasons.

For winter oats, the benchmarks are associated with an 8.1t/ha crop of market-leading variety Mascani, while those for spring oats are based on a 7t/ha crop of Canyon.

Produced following the Opti-Oat five-year research project, which identified a 4t/ha yield differential between average and best on-farm performance, the 36-page reference guide is similar to those produced by the AHDB on wheat and barley.

With renewed interest in oats at farm level, and the area of both winter and spring sowings rising, its arrival reflects recent investment in the crop and the urgent need for better agronomy information, said guide co-author Sarah Clarke of Adas, one of the partners in Opti-Oats.

“We know that oat growers aren’t putting enough nitrogen on their oat crops, for example, but up until now there hasn’t been enough guidance on how much is required and when it should be applied.

“This guide will help them make better decisions – whether that’s on nitrogen management, seed rate, cultivations or input use, for both the winter and the spring crop.”

Raising the bar is the ultimate aim of the guide, as oats are a growing crop and very important to Quaker, said Mac McWilliam, R&D director of crop technology at PepsiCo, which owns the Quaker brand.

“Against the background of porridge sales doubling in the past 12 years and demand for milling oats rising by 6% over a three-year period, it’s essential that growers and agronomists have the information they need to manage crops efficiently and optimise inputs and returns.”

He added that the new guide is based on more than 1m data points and has been a collaborative effort by the oat supply chain. “It should help to ensure a sustainable supply of quality oats for consumers, as well as maximising the value of the crop to the grower.”

Quaker works with 300 growers in the UK, including David Hay of Hay Farms in Perthshire.

“The guide is a really useful development,” he said. “We’ve always grown spring oats on the farm, but had to adopt a tried-and-tested approach, which sometimes led to inefficiencies.

“Now we have the insight we need, all written down, in a free resource.”

The Oat Growth Guide was funded by PepsiCo, Innovate UK and BBSRC, and makes use of benchmark data collected as part of the Opti-Oat project. It is available free of charge and can be downloaded from the PepsiCo website.