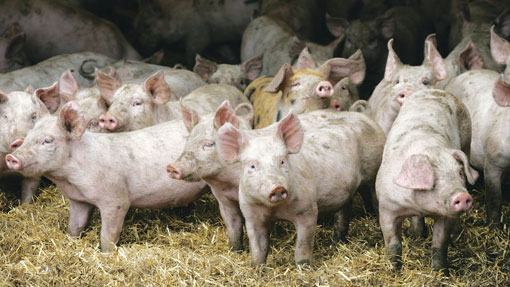 Boosting herd performance is one topic that will be covered at next month’s Pig & Poultry Fair in Warwickshire. Richard Allison reports

Closing the performance gap between UK and Danish herds is a key aim of the British Pig Executive (BPEX), and this year the target is for an extra pig weaned a sow a year and improved feed conversion.

UK indoor herds are currently achieving 24 weaned pigs a sow a year, while the Danes are ahead at 29 a sow, says BPEX head of technical Andrew Knowles.

BPEX’s Breed +3 initiative, to be showcased at the Pig & Poultry Fair, aims to help farmers wean three extra pigs. “That’s whether they’re currently averaging 23 pigs weaned or if they’re already at 27,” he says.

The initiative was launched last year and as it is a three-year project, the aim this year is to add an extra pig this coming year, he explains.

Current sows have the genetic potential to produce 40 weaned pigs a year and it is a case of managing them to minimise the loss in this potential at all stages of pig production, he says.

Mr Knowles believes this is down to doing all the “small”, daily things to a high standard.

One example is Suffolk pig farmer Robin Brice and his son James from Rattlerow Farms, who are continually looking for ways to improve the performance of their 720-sow herd.

Five reasons to attend the fair

Being there to make sure piglets have good colostrum has also seen improvements in weaning weights. The result was an extra three pigs weaned, with the average at 26 pigs a sow a year.

“If we can keep increasing numbers born alive, without mortality increasing, then night checks will have really paid off,” says Robin.

To help other farmers, this year BPEX launched its Practical Pig app, effectively a library of short, on-farm video clips showing best practice in day-to-day tasks. The app covers breeding and is available on iPhones and Android smartphones.

BPEX is putting the finishing touches to additional video clips focusing on finishing, and it will be available in time for the fair or shortly after, he says.

One positive, as Mr Knowles points out, is that the industry is starting to make progress. In the 10 years between 2002 and 2012, the Danes saw a 5.8 pigs a sow a year weaned improvement, while the UK only saw a 2.81 increase.

“However, in the past two years, Denmark saw a 1.5 pig improvement, while the UK was close behind at 1.2.”

Only the Danes and Germans were seeing greater improvement than the UK, and other key EU pig producing countries, such as the Netherlands and France, were further behind. Hopefully, this means the gap will start to narrow in the coming years, he concludes.