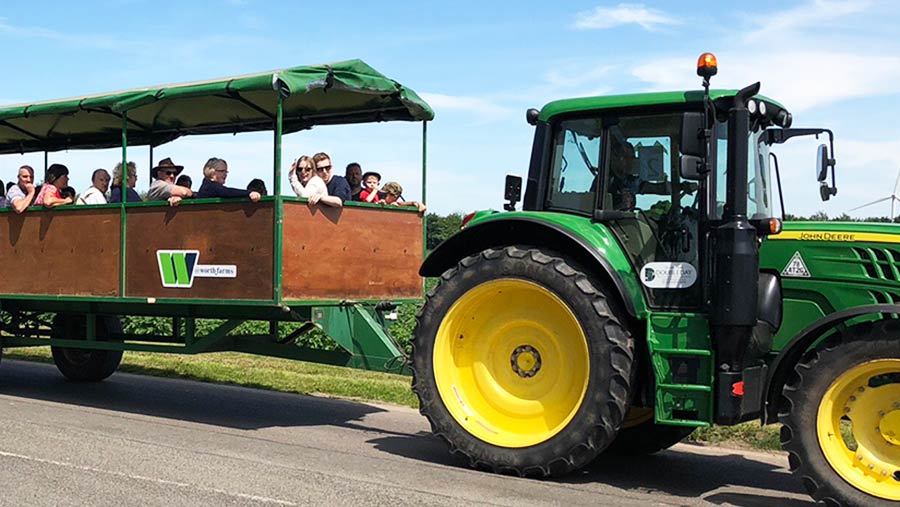 Hundreds of farmers played host to thousands of visitors for Open Farm Sunday (OFS) on 10 June, as many parts of the British Isles basked in sublime sunshine.

Now in its 12th year, the day saw all types of producers get involved, from large arable estates in East Anglia to mixed units in the depths of Wales, as well as farm parks, hop gardens and llama farms nationwide.

OFS gives farmers the perfect opportunity to show the general public why British farming is world-class and it helps consumers better understand where their food comes from and how it is produced.

See also: Open Farm Sunday – why you should get involved

Run by Linking Environment and Farming, this is of the biggest national events in the farming calendar and is the industry’s annual open day.

We’ve cherry-picked some of the best tweets from the extravaganza.

@OpenFarmSunday #GoldslandFarm welcomed 2200 visitors through our gates 2day! ???
Thanks to all supporters & well done to all farms & #OFS18 team at #leaf ?????? pic.twitter.com/cbGAjhzJGA

Thanks @OurCowMolly for giving my niece the low down on dairy farming at #OFS18 – credit to her she’s seen and heard scare stories from vegan friends but wanted to find out for herself. ? pic.twitter.com/ql1PReSi9e

What a great day at Uncle Henry’s #OFS18. Thousands of visitors all knowing a bit more about farming. Well done to the Ward Family and all the farms across the country who opened their gates to the public today pic.twitter.com/VKk2jNAGpU

One of the wonderful parts of #ofs18 @OpenFarmSunday is it’s not prescriptive – anything goes
At Appleby cottage smallholding there is a lot of competition to win the “musical sit” pic.twitter.com/KDxZiQm88v

Fantastic day out at Lower Failand Farm near Bristol @OpenFarmSunday
Thanks for hosting so many people on a beautiful day!#OFS18 pic.twitter.com/YoUHtmTQYw

. @OpenFarmSunday Review from friends: “I learnt so much” “I wish this was my job” Thank you Brabazon Farm, Manor Farm and @LEAF_Farming #OFS18 pic.twitter.com/IEcHsCHe4y