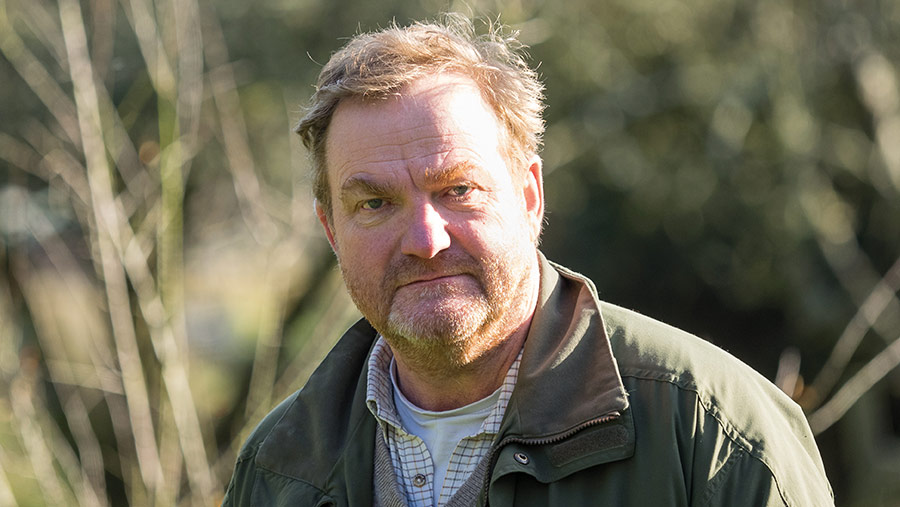 How did I spend my 60th birthday? Was it in a frenzy of cards, prezzies and Hobnobs followed by a long evening of debauchery and lewdness in the Jolly Flowerpots?

No. A clear head was needed to make the most of the kindest early October for years. And what better day to start the drilling season than your birthday?

Was it spent, therefore, in a frenzy of grease guns, seed bags and high-speed refuelling stops? No.

For much of the day I could be seen standing next to the tractor/drill combo, scratching my head with one hand, pressing phone to the ear with the other.

It had all started well. I’d been looking forward to hitching the ST4 on to the brand-new Deere (now that’s what I call a birthday present); it would make a change after the long spring with the CO3 – now a dedicated bean machine.

I got everything plumbed in and wired up easily, had a calibrate and set off boldly down the edge of Big Broom field. The alarm went off. “LOW FAN SPEED,” it said.

That seemed odd. Nothing had changed. Yes, it was a new tractor, but the point of choosing the 6155M was its similarity to the 6630P.

The only difference was a change to the free-flow return pipe coupling. Was that the problem? I rang the dealer.

The man at Deere patiently pointed out that the new coupling would be more efficient, and suggested it was the drill – so my next call was to the Horsch dealer.

I had a lovely chat with their expert (who deserves credit for not saying we should have bought one of the tractors they sell) and he suggested a tweak to the pressure relief valve on the hydraulic motor to speed the fan back up.

A simple job – just a spanner and an Allen key – but he sounded uneasy with the idea, as if something else was really at fault.

I went higher – a contact at Horsch UK itself. He was the same. He couldn’t believe it was a sudden motor problem, but if it had to be adjusted then so be it.

Ten minutes later, I was drilling. The alarm had stopped, but I had a fan that sounded apoplectic. Not to worry, I thought. Let’s press on.

Bout 3 next to the hedge, then bout 4 (half overlap to set the tramline distance right), then 5, then the tramline bout 6 – except it wouldn’t tramline.

No flashing in the control box, no pre-em markers down. Ah, I thought, I’m getting somewhere. It’s a wiring issue. It all makes sense – the mice have been in somewhere.

Still, the seed was going where it should do – I’d just have to do without sown tramlines and let the sat-nav sprayerman mark out for me later.

A flipping nuisance, but there we go. I did a mental shrug of the shoulders and jacked the drill up at the end of the tramline bout.

The control box switched to 7 instead of returning to 1. Now this is getting silly, I thought to myself. Why has it decided to go to seven? It’s all a bit Spinal Tap.

The one that measures the pto fan, not a hydraulic one. Go home, change boxes, calibrate, wind out the pressure relief valve to where it was, and start again.

So how did I really spend my special day? I sat in a tractor and felt old.