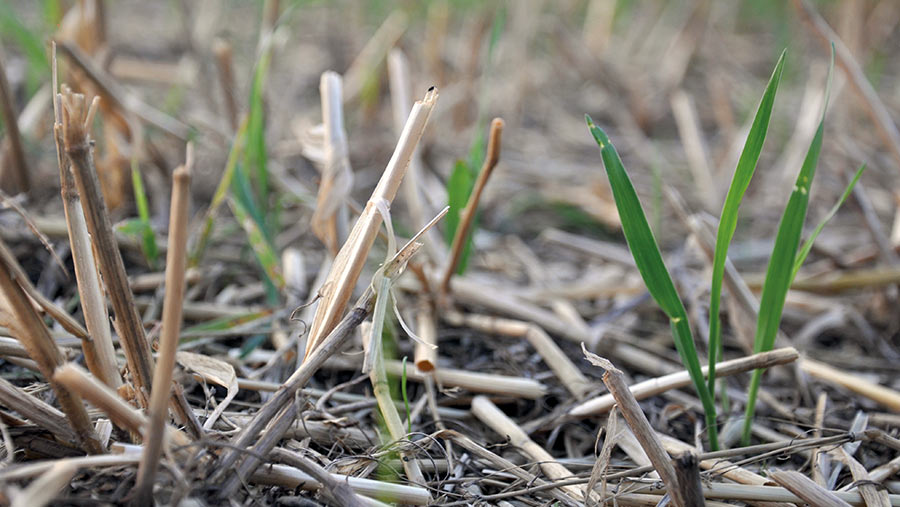 Wheat growers are being advised not to rush winter cereal drilling this autumn, as a protracted germination resulting from a high blackgrass seed dormancy means plenty of patience is required to get a good start on this season’s blackgrass battle.

Memories are still fresh of struggling to get drilled in recent wet autumns, and some growers may be tempted to start a little earlier in the current settled conditions, but this can quickly undo any progress in managing blackgrass populations.

It’s not just the high dormancy this autumn. Paul Gruber, regional technical manager for agronomy firm ProCam, believes there are other reasons for holding off drilling on farms with a grassweed problem. Here are his top five.

So by delaying drilling as long as is practical, he says blackgrass will have more time to emerge and be controlled before the crop is planted, leaving less of a weed burden to deal with in the crop itself. 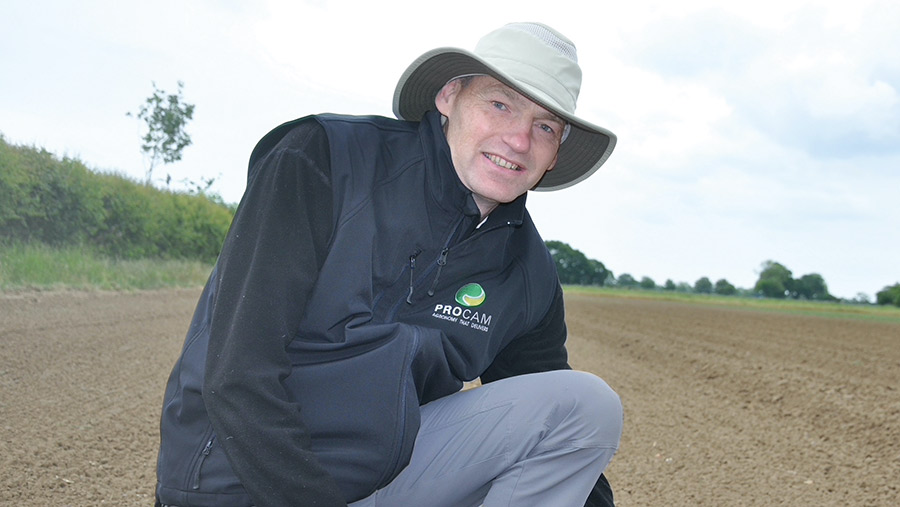 Mr Gruber says: “It can take several months for a decent proportion of shed blackgrass seed to emerge when dormancy is high. Do not be lulled into thinking that if we have moist soils then blackgrass seeds shed this year will germinate any earlier. Dormant seeds will still only germinate when they are ready.”

Especially if it is dry, leaving shed weed seeds on the soil surface as long as possible before attempting any type of cultivation or seed-bed preparation allows nature to play a hand in helping to reduce weed numbers, says Mr Gruber. This is because weed seeds are eaten by predators and degraded by UV light.

Delaying drilling not only helps reduce the size of the weed burden germinating in the crop, it will also improve results from herbicides, Mr Gruber notes.

“Cooler weather as we move through autumn means residual herbicides aren’t broken down as readily in the soil, extending their period of activity, while higher soil moisture levels, provided it is not too wet, enhance root uptake of soil herbicides.

“Maintaining residual herbicide performance as long as possible is particularly important in seasons of high blackgrass seed dormancy, so that you can catch later germinators. There may also be advantages in applying soil-acting herbicides in sequences rather than in a single tank-mix in some fields this season, to further extend the period of residual activity.”

Growers have made big inroads into reducing blackgrass seed banks over recent years, says Mr Gruber, but progress can be lost in a single year by drilling too early, and in particular by not allowing time for enough blackgrass to emerge in stale seed-beds before killing it off.

He says: “Do not consider a stale seed-bed has done its job until it has produced at least one good flush of blackgrass. Even after a good rain has wetted the soil profile, this can still take a couple of weeks.”

5. To tackle other weeds

Delaying drilling is known to reduce blackgrass pressures. But it will also help against other grassweed problems that are on the rise, says Mr Gruber, notably ryegrass and certain species of brome.

He says: “Ryegrass has a naturally wider germination window than blackgrass, and there is increased brome tolerance to certain herbicides, so delaying drilling could also be useful if you are seeing these problems more often.

“Even if your only grassweed is annual meadow-grass, if you drill too early, this too can become more problematic.”