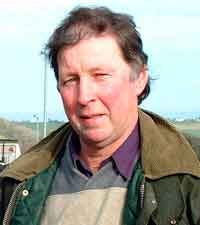 Former president of NFU Cymru Dai Davies has been awarded an OBE in the Queen’s Birthday Honours list.

Mr Davies, who held the position of president until February 2010, was recognised for services to the agricultural industry in Wales.

He farms a 520 acre dairy farm in Carmarthenshire in partnership with his wife Jean and has held a number of key positions in the union.

Mr Davies said: “I feel passionately about the farming industry in Wales and have been privileged to play a role in ‘team Wales agriculture’.

“I always believe that the sum of the parts is greater than the individuals and in Wales we are a small nation with big players that work closely together to punch above weight and promote the interests of Welsh farming.”

Mr Davies was joined by the government’s chief scientist Professor John Beddington who has been knighted for services to science.

Other individuals associated with food and farming who received an award include:

Professor Martin Shirley, director of the Instutute for Animal Health. For services to science