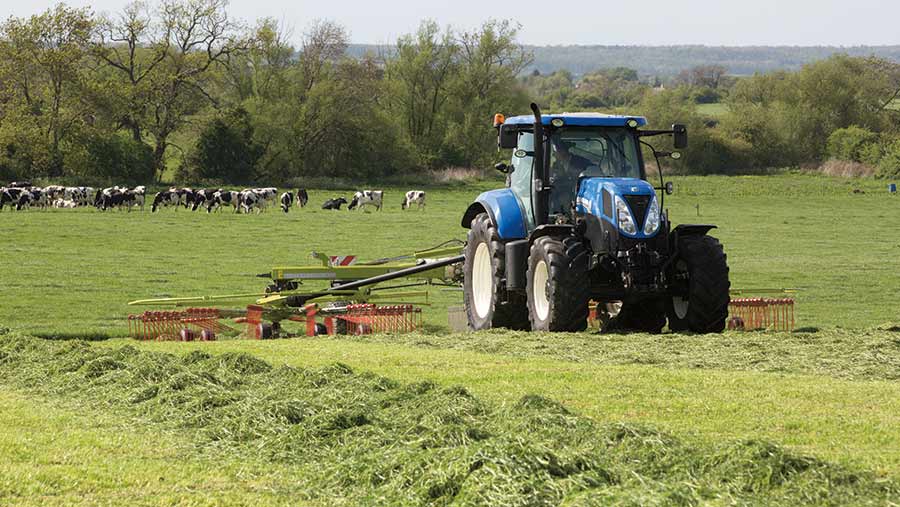 The government has pledged to help producers prepare for a big drop in farm incomes as direct payments are phased out after Brexit.

It comes amid growing concern that thousands of family farms could be plunged into crisis – sparking fears for farmers’ mental health and wellbeing – as the support payments are abolished after the UK leaves the European Union.

See also: How and why farm charities can help you

Defra’s own statistics show that 16% of farm businesses are already unprofitable – even while direct payments continue to be made.

That would rise to 42% without direct payments, which the government intends to phase out over seven years from 2021.

The issue was raised repeatedly this week by delegates and speakers at a Resilient Farmers Conference hosted by the Farm Safety Foundation.

The event brought together farm charities to discuss ways of supporting farmers and improve mental health in the industry.

Suicide rates among agricultural workers are already almost twice the national average, according to the Office for National Statistics.

Voluntary groups working with farmers fear they could climb even higher unless the phase-out is properly managed.

Building resilience among farming families is seen as a key way of helping growers and livestock producers prepare for life without direct payments.

Tricia Allen, of Defra’s resilience and transformation team, said she was keen to work with the industry to achieve this.

“There is already an issue in physical and mental wellbeing across the sector – even before any significant changes are going to be implemented,” acknowledged Ms Allen.

The government was committed to understanding the impact of any new policies on wellbeing, said Ms Allen.

Over the next 18 months, this would include a detailed policy for the tapered phase-out of direct payments, which would avoid “any significant cliff edges”.

Grants and loan schemes to enhance productivity and innovation would also be investigated, said Ms Allen.

So too would ways that farms and land managers can access funds under Defra’s forthcoming Environmental Land Management Scheme.

Emphasising the need to manage the transition without adversely affecting mental health and wellbeing, Ms Allen said: “We do recognise the importance of leading this transformation in a way which doesn’t exacerbate these trends, and preferably improves the situation.”

Rural isolation and loneliness are seen as key challenges when it comes to building resilience in the sector.

The issue will be discussed next month at a Defra stakeholder meeting, due to be chaired by Defra junior minister Lord Gardiner.

An increase in helpline calls from farmers is only the tip of the iceberg, say rural charities, who are bracing themselves for an increase in requests for support.

Many related to helping farmers with benefits advice, including filling in forms, making applications and helping with appeals.

The Farming Community Network says it has seen a 10-15% increase in calls in recent months, but this is mainly in parts of the country where the charity has stepped up is activity rather than nationally.

Network chief executive Charles Smith said the charity was trying to be proactive.

Rather than focusing on doom and gloom, it was important to “walk alongside farmers” to tackle issues before they reached crisis level, he added.

“We feel it is the tip of the iceberg,” he said.

“We often talk about the need to help hard-to-reach farmers and that is exactly what we need to do.

“People are coming to us with problems that are more complex and difficult for them to unravel.

“There is a lot of talk about the impact that phasing out payments will have on farm businesses.

“But those businesses are run by people who are individuals, and where there is an issue, there is increased anxiety.

“We shouldn’t be dismissive of their problems.”