Towering high above sea level, the Mendip hills of Somerset offer a beautiful landscape for a bracing walk through open countryside with the unrelenting icy wind slapping your face.

This is a sad reality for Britain’s rural rough sleepers, of which there is an increasing number despite government efforts to wipe out homelessness within the next decade.

Research by the charity The Progressive Policy Think Tank (IPPR) shows a 42% jump in the number of people sleeping rough in England’s 91 mainly rural local authorities between 2010 and 2016.

See also: How you can help lonely people in rural areas

Arable farmer Rob Addicott and his wife Suzanne are acutely aware that right now it’s estimated that there are about 20 people living rough in the Mendip area and they are doing something about it.

Just over four years ago they decided to convert Manor Farm’s old dairy house into a hostel to take in people from rural areas who are in need of shelter and support. 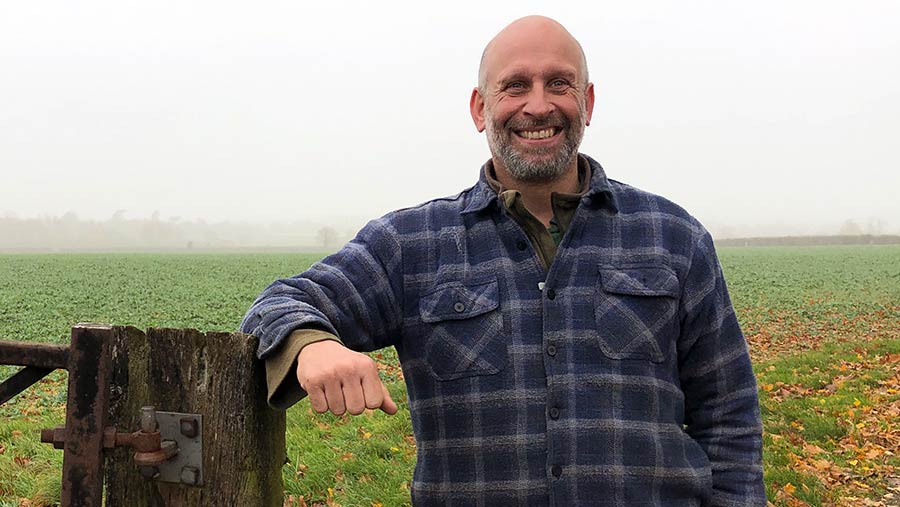 Once used to make cheese on this Duchy of Cornwall farm on the edge on Stratton-on-the-Fosse, south of Bath, the Dairy House now offers accommodation for up to seven people at any one time, taking in homeless people from nearby Wells, Shepton Mallet, Glastonbury, Street, Cheddar and Frome.

“We had always talked about our farm being more than just a place to produce food,” explains Rob.

“Farms are always a big part of the community and generally it’s rural people that we work with.”

With backing from the Duchy and Mendip District Council funding, they offer rural homeless people a unique rehabilitation process.

Many will have become used to living a solitary life, only venturing into more built-up areas for money or food.

Typically a rural rough sleeper would be offered a place in a hostel based in a more urban setting, which some may find too much of a challenge when working towards social reintegration.

They would only tend to visit more built-up areas when in need of food or money.

“There was no hostel specifically for rural homeless people, so we thought about how we could help these people to reintegrate themselves into society without having to make that huge jump from country to city life,” says Rob.

Often people in rural parts of the country will find themselves without a home because of challenging upbringings, relationship troubles or debt, sometimes as a result of substance abuse.

“When they come here it’s more than just a roof over their heads – there’s an expectation that they want to change,” he adds.

“A lot of them won’t have had what we think of as a normal upbringing. It’s about challenging their decision-making process.”

Once an outreach team finds somebody who is in need of help and is willing to be moved to the Dairy House, they typically stay for 12 weeks but can stay longer if required.

Most farmers might not often contemplate it, but Rob points out that there is a therapeutic aspect to working with livestock.

“We found that farming was good for them. People don’t have the experiences that we as farmers take for granted, such as caring for animals and growing food.

“Originally the idea was for them to help me on the farm but we’re arable and very mechanised, so we have sheep here that they can help with – particularly the orphan lambs. It’s been great having them here.”

The farm also has a dedicated workshop and community garden where residents muck in with growing a vibrant array of vegetables and flowers year-round.

Rob says getting them involved in work on the farm has proved to be a catalyst for positive change in their lives and the remote setting is perfect because the temptation to pop to the shops or a pub for alcohol is removed, helping them focus on turning their lives around.

“It can be quite a culture shock for them, to go from being alone and making their own decisions about what they want to do. But then, two or three weeks later they adjust to being around other people and are looking for more activity.”

Life on the farm helps these people to challenge and overcome the issues they face, with the daily work here making the ideal distraction from anxieties and cravings.

Help and support for people whenever they need is in the form of a dedicated team of staff led by Tina Hubball.

She’s worked in the addictions field of the prison service, as both an officer and drugs worker.

Tina says the prison service doesn’t work for the people they help and cites the success of the Dairy House is because the entire team is a family. 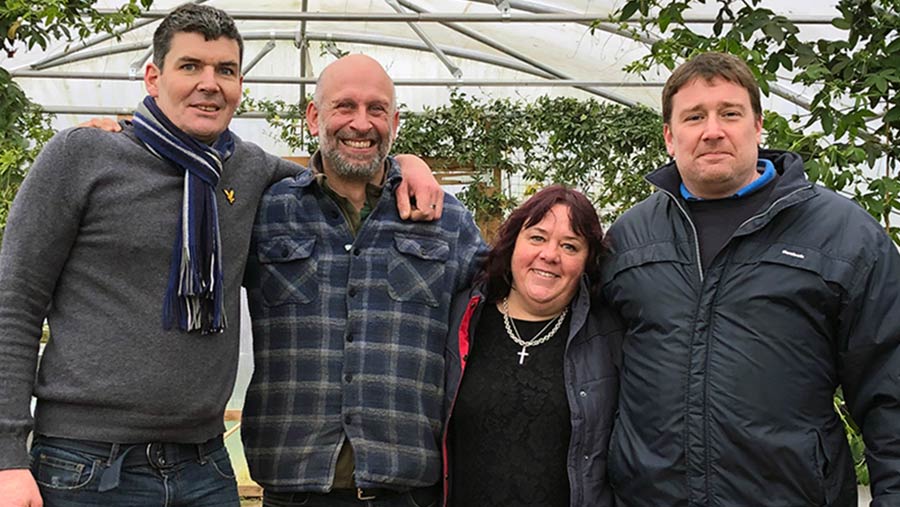 Residents can only stay at the hostel on the strictest condition that they are free of all drugs.

“We have people here with criminal records that nobody else will even touch.

We give people that chance to change and we’ve got a great team that includes a mental health nurse,” she explains.

“Most of our people don’t trust anyone but we’re all in it together, including Rob and his family. We eat, work, laugh and cry together. It’s holistic support and it works.”

A former resident and heroin addict of 15 years describes his time spent at the hostel as a “life-changing experience” thanks to the support available to him and the enjoyable farm work.

He still regularly visits to work in the community garden and jokes that he has perfect credentials for the job of injecting livestock with penicillin antibiotics.

Where farmers in need can get help

The Network of more than 400 volunteers provide an ear to those who seek their help and all cases are treated non-judgmentally and with complete confidentiality.

Rabi support farming people of all ages on low incomes who find themselves in financial difficulty.

The Fund’s primary focus is housing for farming families – mainly tenant farmers – who have had to leave the industry through no fault of their own.