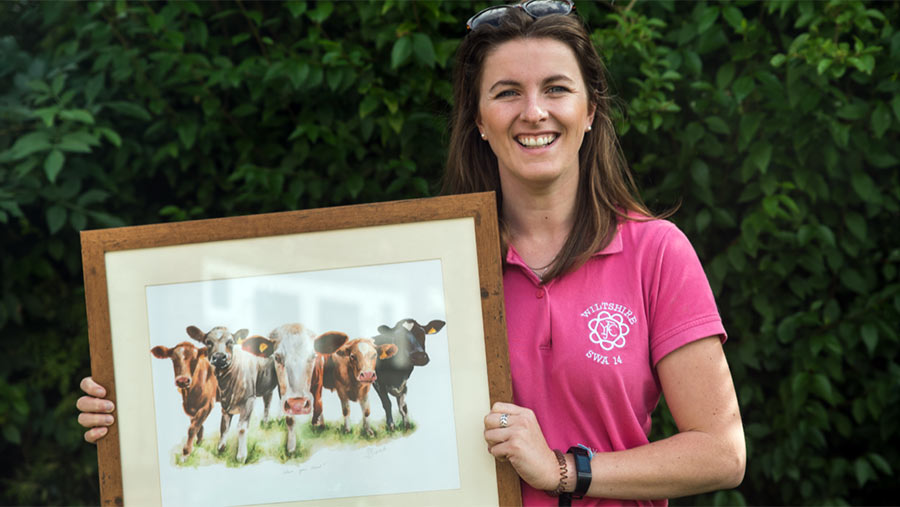 As part of National Young Farmers Week this week (30 September – 4 October), we’re featuring inspirational YFC members who have benefited from being part of the movement. Today, we meet Stephanie Burch.

While Stephanie Burch might not live in the heart of the countryside, joining a YFC ignited a rural passion that has influenced her professional and personal life.

Living in a built-up village just outside Swindon and never having set foot on a farm, it felt far from a perfect fit when her friends invited her to join Purton and Cricklade YFC in Wiltshire when she was 18 years old.

“At first I thought I shouldn’t really be there as everyone knew what a tractor was and how to milk cows and I hadn’t got a clue. Soon I learned that it didn’t really matter. It was come along and have fun regardless,” says Stephanie, who’s now 25.

“I learned so much about farming. Even when I went to university, I joined the AGRIC society despite the fact I was still not a farmer but I just wanted to be around that sort of thing.”

It’s a lifestyle that Stephanie embraces through her photography business and art commissions, which this year saw her exhibiting at The Game Fair.

“I used to just draw horses, but YFC has sent me down a different path. My work has changed due to the agricultural influences in my life.

“You don’t realise how much of a backbone the agricultural industry is until you appreciate the people who work there. In YFC you realise how many people take care of the beauty of the English landscape.”

Stephanie credits YFC for being her customer base too – and for giving her the confidence to run her own business.

“A lot of my work is based on commissions, and all my YFC friends have really supported me.”

Furthermore, the YFC network has led to her finding love – her partner, a local arable farmer, is also involved in a nearby club.

As well as Stephanie’s countryside obsession, she has always had a keen interest in mental health – an issue she felt first-hand while studying at Reading University.

“You can get stressed out running your own business and I dropped out of university for a year because I couldn’t take the levels of stress I was facing.

“Going back home that year and being back at Young Farmers was so nice. It was great to be honest with people who were really understanding.”

This personal awareness of the importance of mental wellbeing is what drew Stephanie to the Rural Youth Europe European Rally this year, which was focused on mental health.

“There have been a couple of incidents in the county in the last few years where people haven’t known how to deal with things and I think that YFC needs to champion looking after mental health in agriculture,” she says.