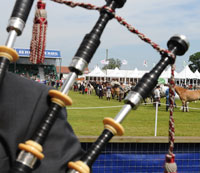 The boom follows a £300,000 project which rekindled fifth quarter trade.

Processors have also been successful in promoting additional export opportunities for the products.

“By embracing the opportunity to recover and sell fifth-quarter products, processors are gaining vital cash-flow from using the non-lean meat parts of the carcass,” said Mr Biggar.

“This is also saving the industry expensive disposal costs and assisting with sustainability targets.”

The figures were welcomed by Alan Craig, president of the Scottish Association of Meat Wholesalers who said the timing of the work couldn’t have been better.

He added: “It coincides with a period of negative returns for the meat sector when our markets have been running at extremely low levels.”