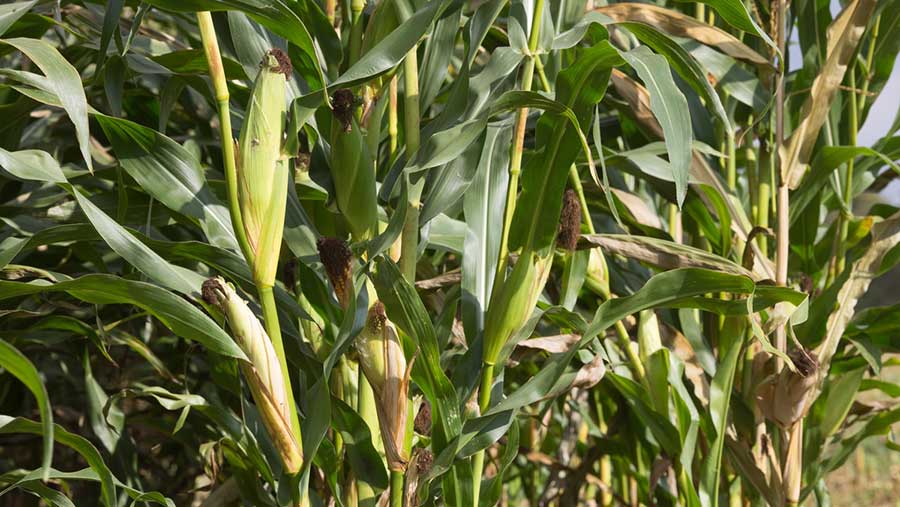 Farmers could increase maize yields by as much as 15% dry matter by applying sulphur alongside nitrogen.

Speaking at Syngenta’s maize conference in Shifnal, Shropshire, independent consultant George Fisher said sulphur deposited from the atmosphere was now so low due to cleaner industries that even maize crops are responding to applications of the nutrient.

And, as a bonus, sulphur also improves the uptake and use of nitrogen by the crop, he added.

“Including sulphur in your fertiliser plan makes absolute sense,” he said.

“This year, more than ever, it will be important that growers get it right. We need to maximise milk production from high yielding and well-utilised home-grown crops to help reduce system feeding costs. Sulphur can support this, so it must be considered.”

Along with nitrogen, sulphur is crucial for increasing protein production in the plant, and this, in turn, is necessary to produce sugars and maximise both dry matter yield and starch content, he added.

“At the same time we can get a hike in starch content of about 2%. The data also showed there were increases in maize protein content, although these were only about 0.5%, so from about 7.7-8.2% crude protein, in the harvested crop.

“As with all crops, you don’t always get the same response to the treatment, so you have to look at your own situation and assess what you need,” Mr Fisher advised. “But, even on medium to heavy soils with moderate inputs of manures, we should be looking to apply 20-50kg sulphur trioxide/ha on our maize.

“Whether you are growing maize for grain, silage or biogas production, sulphur is critical to the essential amino acids methionine and cysteine used in protein production, so nitrogen and sulphur together make the protein and plant growth systems work.”