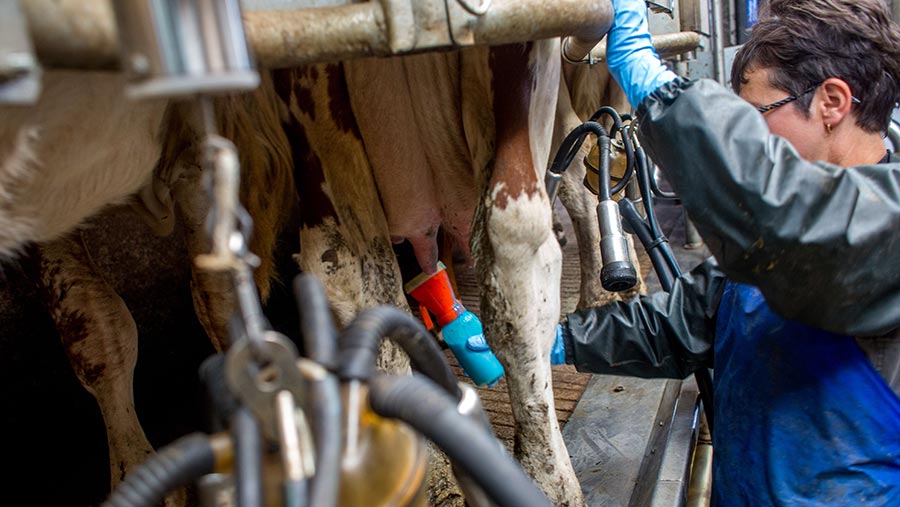 More than one-third of the UK’s milk is produced on dairy farms that employ foreign labour, new research shows.

The survey of more than 1,000 dairy farms, commissioned for the Royal Association of British Dairy Farmers’ (RABDF) upcoming Dairy-Tech event, also shows more than half of dairy farmers are experiencing difficulty recruiting staff.

While a total of 11% of employees were non-UK nationals – 521 from 4,635 total employees, including family labour – almost 17% of dairy businesses have foreign workers within their workforce.

More than half of these non-UK workers are in skilled positions such as herdsmen or herd managers.

Any shortage of labour from overseas following Brexit would also affect all sizes of farm. While larger farms would be more affected, the survey found 40% of farms with a total of five employees or fewer (171) currently rely on at least one non-UK worker in their team.

All but eight of these in the sample experienced difficulties with recruitment.

However, the reliance on non-UK labour varies across the UK. The highest proportion was in the south-east of England, where overseas workers made up 22% of the labour employed on the farms surveyed.

The lowest was in the North East and East Midlands, at 1% and 3%, respectively.

The big milk fields of the South West, North West and Scotland were relatively similar at 10-13%, with Welsh respondents relying slightly more on non-UK labour at 16%.

Matt Knight, RABDF managing director, said the survey highlighted the urgent need for the government and industry to work together urgently to avoid a possible “cliff-edge” shortage of labour in the near future.

The survey, sponsored by Kite Consulting and carried out by Ian Potter Marketing Services in the last quarter of 2017, will be discussed at Dairy-Tech at Stoneleigh, Warwickshire, on 7 February. For further information visit the Dairy-Tech website or call 02476 639 317.

An RABDF survey carried out last year found only 4% of the public would consider working on a dairy farm.