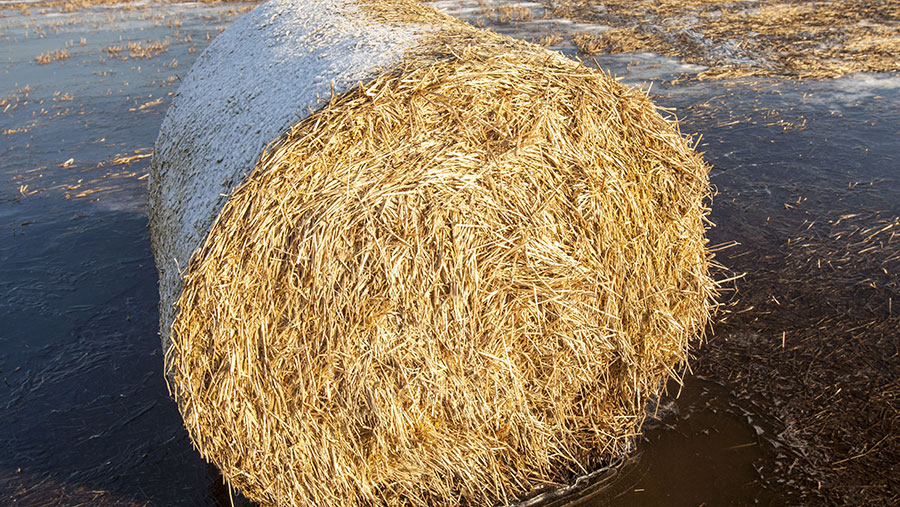 Farmers in south-west Scotland are desperately short of forage and face soaring feed costs after silage making in the summer was hit by torrential rain.

Met Office figures show the bad weather first struck in late May just as many farms north of the border were planning to make first-cut silage.

June had the highest rainfall on record and the rest of the summer was dogged by sharp downpours which topped up already saturated fields.

Other areas such as north Devon, parts of Yorkshire and Lancashire and west Cumbria are also believed to be badly affected.

Kite Consulting’s David Keiley, who is based in south-west Scotland, said farms on heavy clay soils had been forced to house cows in July.

It has left farms drastically short of forage and reports suggest some will run out soon after Christmas.

It is not just the quantity that has suffered, quality is down too as farms took late cuts of wet, stalky grass in a bid to bulk up supplies.

“Dry matters in the clamp are at 22% and energy content is well down. There is a lot of waste,” Mr Keiley said.

He reported milk yields had fallen by 2-3 litres a head a day at a time when dairy processor Muller, one of the big buyers in the region, had announced a 1.5p/litre price cut to its Muller Direct customers in the new year.

“While the milk price has slipped, feed costs here have gone up quickly by an average of between 1-1.5p/litre of milk in the region.”

The feed shortfalls are being made up through buying in fodder beet, sugar beet pulp, potatoes and concentrates.

However, one important feed source for youngstock was proving too expensive. Kite consultant Helen Evans said a common way to alleviate pressure on forage would be to switch to feeding straw rations.

But this time astronomical prices of £120/t for barley straw and £105/t for wheat straw were adding to the hardship.

“People can’t move on to straw as replacer because it’s so expensive,” she explained.

How bad was the weather?

The rain began in late May and persisted throughout June with 189.4mm (7.4in) falling in the worst-hit area around Ayrshire and Dumfries. At 194% of the regional average, the June figure was the worst since records began 108 years ago. Ayrshire was the hardest hit county recording 223% of normal rainfall for June.