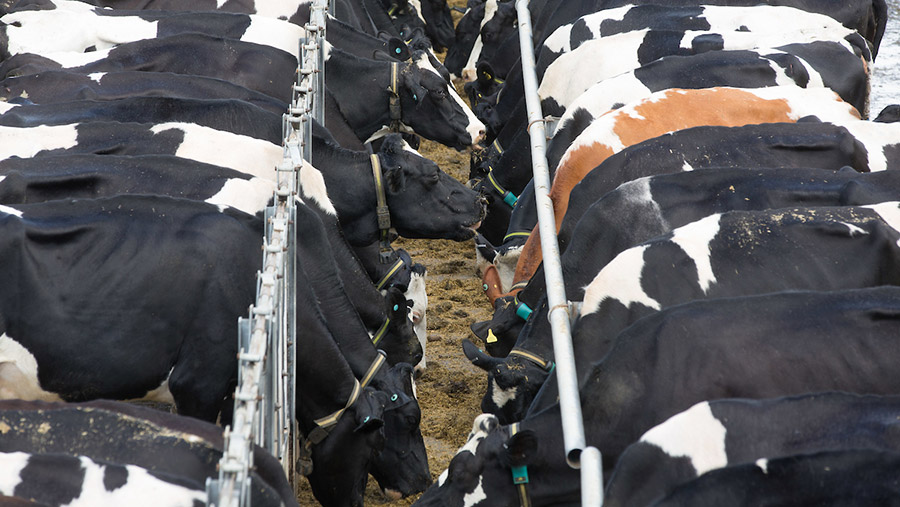 Livestock and dairy farmers are being encouraged to take part in an Animal and Plant Health Agency (Apha) survey, looking into the age of their feed bins, feed silos and feed storage areas.

The Defra survey forms part of a plan by governments in London, Edinburgh and Cardiff to apply for “negligible” bovine spongiform encephalopathy (BSE) risk status for Britain from the World Organisation for Animal Health (WOAH).

If successful, this will help facilitate trade and possibly access new markets for exports of British beef and feed.

Britain was poised to submit an application to the WOAH for “negligible” BSE risk status last autumn. However, this was derailed following the discovery of a BSE case on a dairy farm in England last year.

Subsequent investigations concluded that this case was potentially linked to residual contaminated feed material lurking in a silo on the farm, which had been in use prior to the 1996 meat and bone meal ban.

Even though animal derived protein was banned from livestock rations in 1996, the infectious agent for BSE is known to remain active for many years.

With preparations under way for a new submission to the WOAH for “negligible” BSE risk status, Apha is attempting to quantify the prevalence of “old” feed bins on cattle farms.

“We would like to know how many silos, or similar loose-feed containers, that predate the 1996 feed ban are still in use, or have been in use in the recent past,” said Apha senior scientist, Dr Anna Roberts.

“We would ask you to complete the survey even if you do not have a silo that was in use before 1 August 1996, as we need a good response rate that represents the whole cattle farm population.”

The survey (which is also available in Welsh) consists of seven short questions and should take no more than 10 minutes to complete.

The results will then be analysed by Apha and condensed into an anonymous report for the WOAH, to support the BSE status application.

Any further questions or concerns should be directed to silo.survey@apha.gov.uk