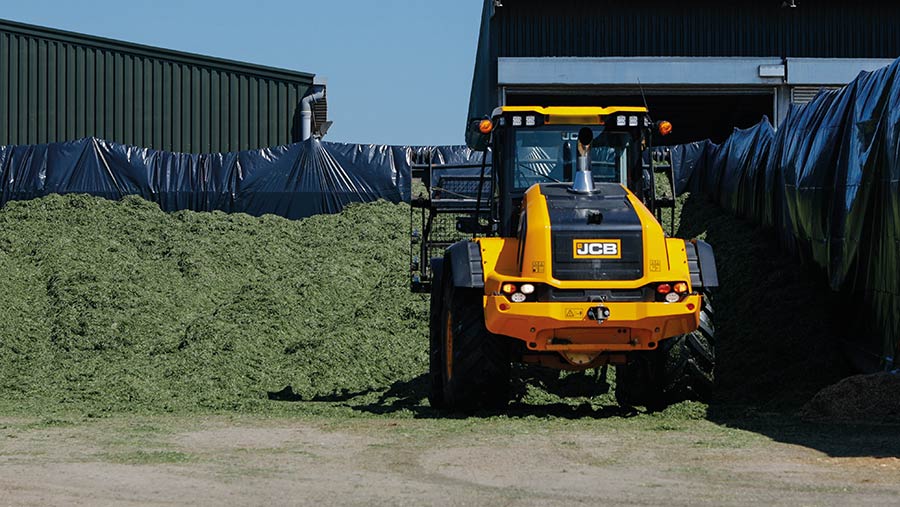 The clamp should be built ip in a concave shape © Alltech

Paying attention to consolidation and weighting on the clamp could save the average farm nearly £3,000 a year and boost feed conversion efficiencies, according to Alltech Navigate data.

Alltech Navigate is a whole-farm appraisal of feed waste designed to identify and assign a financial value to pinch points on the farm.

Data from clamps on 52 farms show that nearly half could have benefited from more consistent weighting, while a third needed better consolidation at harvest (see “Clamp problems in numbers”, below).

Not getting these factors right contributes to silage heating, fermentation losses and mould and, ultimately, lower-quality silage and poor intakes.

Some of these will be penicillin moulds that produce mycotoxins, which can kill rumen bacteria and affect FCE. 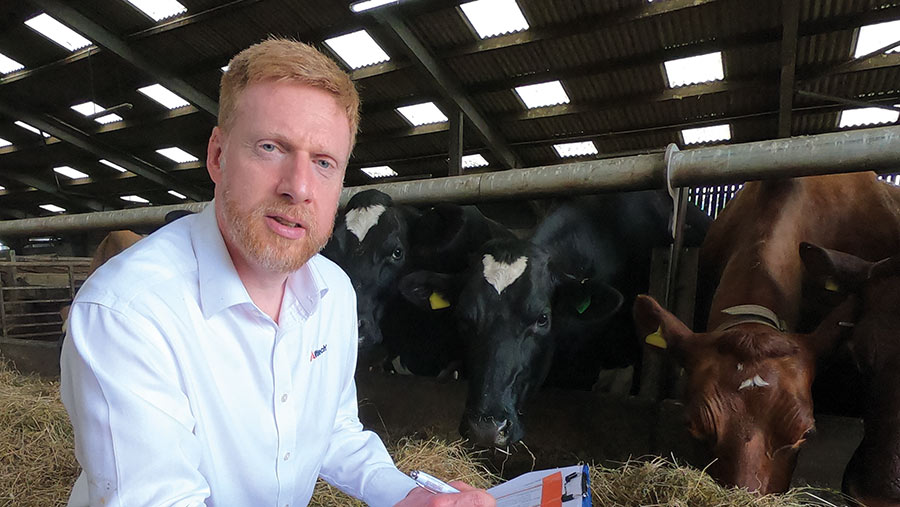 In fact, a third of farms demonstrated problems with dung inconsistencies, which could be an indication of mycotoxins.

“If you’ve got well-made, well-compacted, well-sheeted silage, the air can’t get in and the mould can’t grow,” Mr Kendal explains.

He gives his top tips on improving clamp management in order to produce quality silage.

To help with consolidation and bulk density, put two tractors on the silage clamp at harvest – one rolling and one on the buckrake.

Also, consider using a weighted silage compactor. Grass should be added to the clamp in thin layers, no more than 15cm deep. 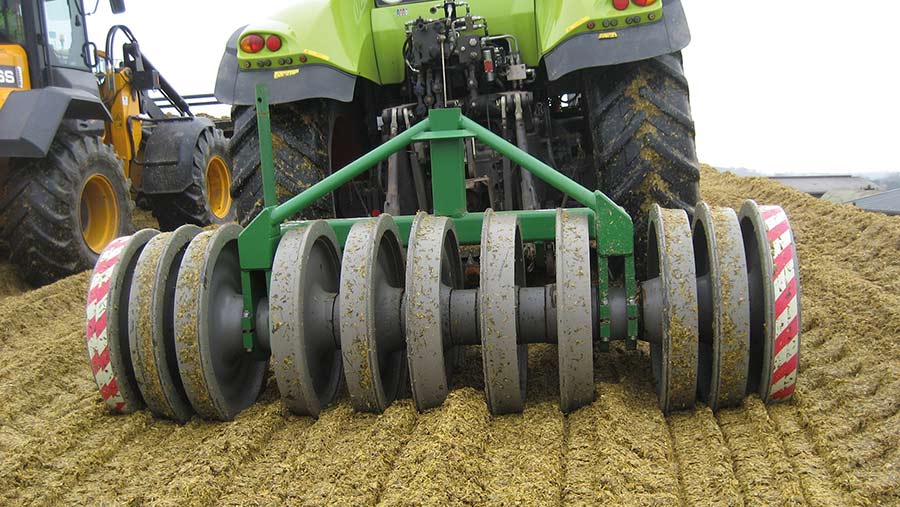 A compactor can help ensure even rolling © Alltech

2. Fill the clamp in a concave shape

To enable the tractor to roll to the edges, the pit needs to be filled in a concave shape, so the shoulders are higher than the centre.

Many farmers fill grass in a convex (dome) shape which makes it harder to consolidate the edges. This means air is more likely to ingress in these areas, increasing the likelihood of mould.

If you don’t sheet the pit overnight, you get a lot of losses, resulting in a very ineffective fermentation process.

You need to get the air out to get an effective fermentation. Grass with air is compost; grass without air is silage.

4. Ensure enough weight is placed across the top

Make sure there are no gaps between tyres, or, better still, get rid of tyres and use lorry split tyre rings instead. 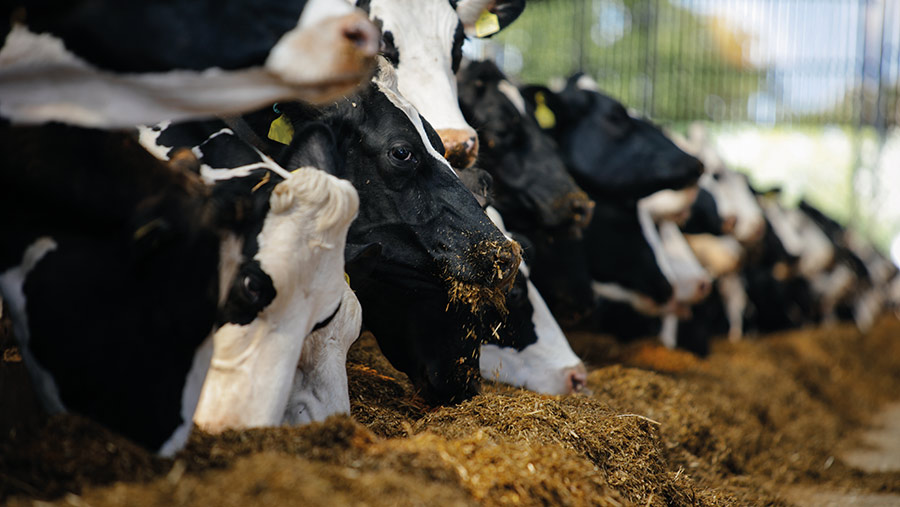 Dairy farmer Peter Clayton has invested in a silage compactor following a Navigate report which showed silage losses could be costing him more than £34,000 a year.

The assessment highlighted that most losses occurred on the top of the clamp in the form of mould, and bulk density readings showed that silage was not being compacted enough, particularly on the shoulders of the clamp.

Mr Clayton decided to undertake a Navigate assessment last year with the view to using a “second pair of eyes” to identify ways in which the businesses could improve silage quality. “Milk from forage is absolutely key to us, forage being the cheapest form of feed for the cows,” he explains.

Compaction was an area for improvement on all clamps, but particularly maize silage, because Mr Clayton favours a high dry matter maize (41%) with a “very high starch set”. This increases the risk of heating.

Following the advice of the report, this season he will ensure there are always two tractors working on the clamp, including a compactor. He is also looking at replacing tyres with split tyre rings and investing in new netting and a bird scarer.

The report also advised removing mouldy silage from the clamp and feeding a mycotoxin binder. To assess whether a binder is a worthwhile investment, Mr Clayton has chosen to feed it to one of his two herds, at Larkton Hall, but not at Malt Kiln.

He says: “All we can say so far is the milk has been more level at Larkton and fertility has stayed very high, so we think there has been some improvement with it.”

In the long-term, the aim is to increase feed space and drinking water availability.