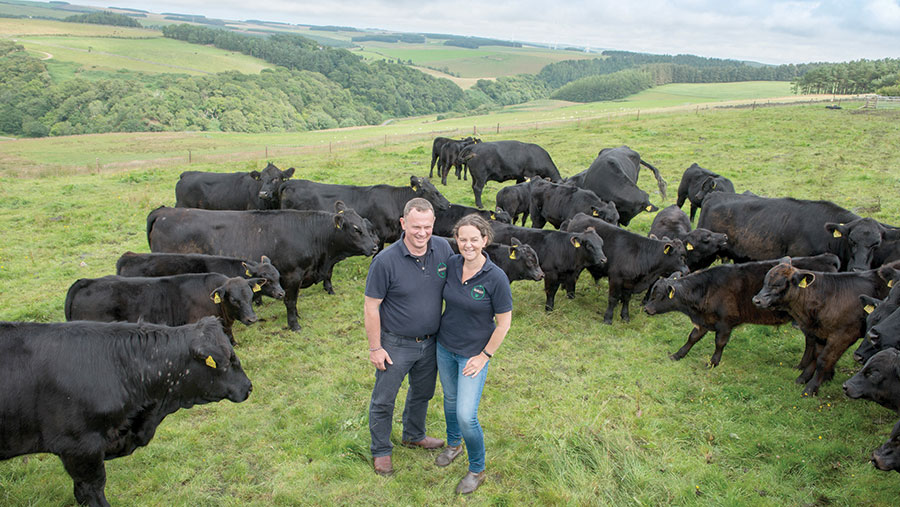 Joining a grazing discussion group has provided Charley and Andrea Walker with a solution to relieve pressure on their grassland during dry weather.

The Walkers’ Barnside Farm in the Scottish Borders tends to dry up in the summer, causing grass deficits.

But fellow organic farmer and group member Giles Henry farms heavier soils on the Buccleuch Estates, near Selkirk, which can better withstand dry spells of weather.

The trio met six years ago when they enrolled on the QMS grazing group.

But it wasn’t until 2018, with Barnside Farm in the grip of the drought, they focused their minds on the possibility of a joint venture.

See also: Guide to farming agreements and how to set them up

They used Farmax ­– a feed and scenario planning tool – to model grass growth curves and see what it would look like if Mr Henry sold his 300-ewe sheep flock and increased cattle output by taking steers from the Walkers in May.

It seemed like the perfect solution for both parties.

The joint venture allows both businesses to maximise their resources – for Mr Henry, this means he is able to use surplus grazing, while the Walkers reap the rewards of selling finished stock.

In fact, it has been so successful they are now in their third year.

Yearling steers are transported from Barnside in May to Selkirk.

The Walkers pay the haulage there, but the trio share the transportation costs to the abattoir.

Both parties come to a mutual arrangement on the price, with Mr Henry buying a half share of each animal based on its value in terms of price/kg of liveweight when it leaves Barnside.

The Walkers then pay Mr Henry a grazing and management fee based on their remaining 50% share.

Typically, grazing costs range from 55-75p a head a day from the peak of summer, when there’s an abundance of feed, up until the shoulders of the season in November.

This means if it’s a long, hard winter, the price is reflected accordingly.

All steers are sold to Dovecote Park and receive an organic premium.

But last year, 10 steers out of the batch were put on a leader-follower grazing system as a trial.

Weight gains were so good he was able to finish them earlier, at 18 months

Profits from the sale, or losses (to account for potential deaths) are then split 50/50 and the grazing and management charges are deducted from the first batch sold, so money isn’t constantly changing hands.

In the first year, Mr Henry took 20 steers, but as the herd at Barnside has increased so too have the number of steers – from 34 last year to 40 heading to Selkirk this year.

What makes it work?

Having someone else in their discussion group already practising a similar agreement meant they already had a “template” for pricing structures, but they don’t have a written contract.

It’s all done through a “gentleman’s agreement”, admits Mr Walker.

However, the agreement has been “sense-checked” with other group members to make it even more robust.

The Walkers say trust and transparency have been key in making it work.

“It all seems unfeasibly nice and we get on very well. We got to know each other and each other’s businesses quite well [in the group].

“You commit to sharing a lot of figures, which takes a lot of trust, because you’re divulging information you wouldn’t just share with anyone.

Advice for setting up joint ventures

“Knowing this means we know no one is going to take the mick out of each other,” adds Mr Walker.

“We see each other eight times a year through the two groups and we chat regularly.

“We have been to his farm a couple of times and seen how he manages stock, so if he suggests something – like running the leader/follower system – it is more than likely going to be a good idea to give it a try.”

It hasn’t all been plain sailing though.

Previously, cattle were sold at 18 months either at Stirling Market or to a dealer instead of being finished at 27-30 months.

Cashflow was tight the first year because they were waiting an extra nine months for the income. But it was worth it, they say.

Tapping into Mr Henry’s long-standing relationship with Dovecote Park has provided them with a consistent price premium. The couple say, on average, they are 20-30p/kg better off.

“Marketing is not one of Charley’s strong points. We really benefit from Giles having an agreement with Dovecote and it keeps us with a proper target at an appropriate time of the year and helps us with our decision-making,” says Mrs Walker.

“Now, we are getting that organic premium every time. Sending them to Giles is proving to be the best of both worlds,” says Mr Walker.

The agreement has meant the Walkers have been able to expand the herd because there are not as many mouths to feed.

They can now run up to 20 more cows on the grazing platform and they are able to build up an autumn wedge, which allows them to graze well into December on their free-draining soils.

“The steers are a critical group and we’re now not having to worry about whether they’re having enough grass. We can concentrate on the heifers,” says Mr Walker.

Heifers have been retained to allow them to grow the herd from 60 to 110, but for the first time this year they will be able to sell breeding heifers.

They would like to establish a relationship with two or three repeat customers and sell the high-health heifers direct.

The Walkers, who were Grassland Farmers of the Year 2019, and Farmers Weekly are hosting a free grassland open day at their farm on the 11 March.

There will be a host of renowned speakers giving advice on holistic grazing and outwintering.

Delegates will be given a farm tour where they can see these in practice.

Register your interest on our event site 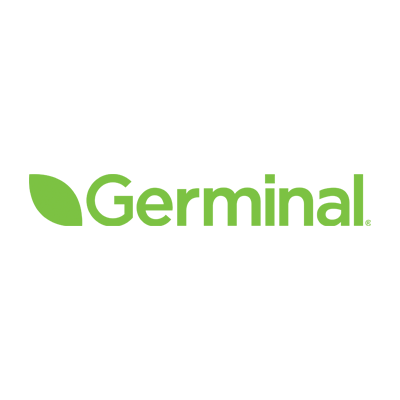 The Farmers Weekly 2020 Grassland Farmer of the Year Award is sponsored by Germinal.