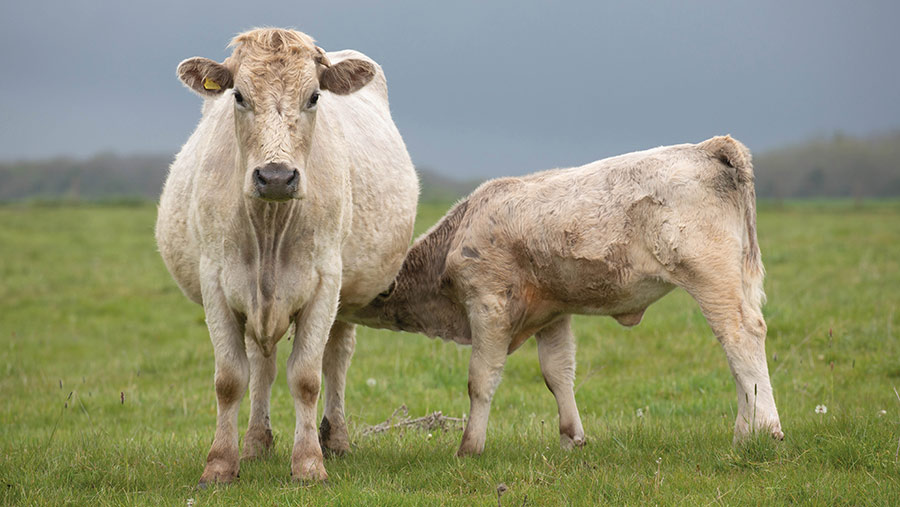 Every year calves die because of access to creep. Ben Strugnell, who runs the Farm Post Mortems service explains why this happens and how to avoid these losses

It is important to remember that a calf starts out life as a monogastric (like a chicken) when it is sustained on milk, and quickly becomes a ruminant (like adult cows and sheep).

Initially, milk goes straight into the abomasum (the fourth chamber of the stomach), which is an acidic environment, like the human stomach.

As the calf develops it eats increasing amounts of forage and starch. Starch is energy for growing the rumen wall. Meanwhile, the calf continues taking milk into the abomasum.

Why rumen stability is important

The rumen wants stability, so the same chemical processes can occur that use the same microbial populations at a similar pH level.

Food is broken down by the rumen bugs and turned into volatile fatty acids (VFAs) such as propionate, butyrate and acetate.

Starch is rapidly fermented and causes lactic and propionic acid to be produced. When starch intake is excessive or prolonged, this acidity can suppress the bacteria which digest cellulose (acetate), meaning the rumen struggles to break down forage.

There are several challenges to rumen stability for a suckler calf:

The rumen can cope with some variability, but risk increases when calves decide to eat a large slug of starch from the creep feeder, or when grass sugar levels are higher. This creates bloat. There are three main ways calves die from this:

Acidosis is a rapid and sustained drop in the rumen pH from its typical range of around pH 6.5. This can happen when a large amount of creep is eaten after a few days of abstinence.

The starch is rapidly fermented by rumen bacteria to make lactic acid, which lowers pH. A pH of less than 5.5 is often said to be acidotic.

The rumen stops turning over and functioning. At pH 4-4.5 the animal can die. The speed of change is probably more important than the pH itself.

The rumen has a design flaw that means it cannot expel gases when the rumen stops turning over. Breathing therefore becomes difficult as gas accumulates in the rumen.

The extended rumen exerts pressure on the lungs and in some cases blood cannot return to the heart from the hindquarters. If that doesn’t prove fatal then sometimes the whole animal can be acidic, and this can also be fatal.

Certain bacteria (clostridia, sarcina) in the abomasum are believed to like a starchy environment.

These  bacteria produce toxins which can damage the stomach wall, leading to septicaemia or complete perforation. Stomach contents can then spill into the abdomen, known as peritonitis, which is usually followed by death.

This is more likely when there is starch left over in the rumen which hasn’t been digested by the rumen bugs, probably because there is too much of it.

It’s not enough to cause ruminal bloat, but enough to provoke the abomasal bacteria into proliferation.

This is where the offending starch flows through the rumen and abomasum without causing major issues and arrives in the small intestine where it meets larger bacterial populations as its heads towards the colon, suddenly producing large amounts of gas, leading to torsion and twisting, causing the gut to lose blood supply.

Twisting and torsions can lead to damage to the intestinal wall, which means the bacteria can enter the blood, causing death.

The risk of this problem occurring can be reduced if the rumen takes more starch, which is why it’s important for the rumen papillae to develop from an early age. 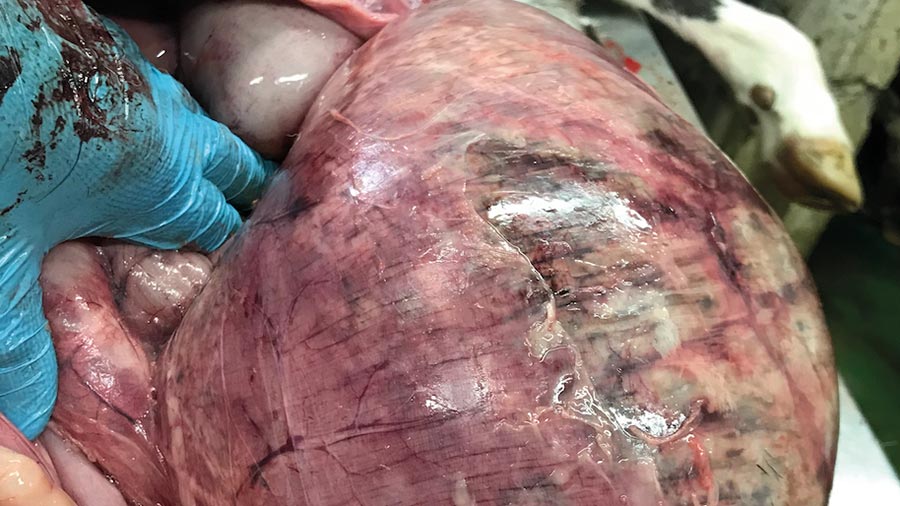 Damage to the lining of the abomasum caused by bacterial growth, triggered by starch. © Farm Post Mortems

But if you kill a calf that would have been worth £900 with creep, the calculations look different. It’s therefore worth asking why you need creep in the first place:

Advice on buying and feeding creep

If grass growth and cow condition are adequate, creep should be restricted, or it’s just a cost.

Creep is justifiable when grass is short, cows are struggling to milk and heifers need support for development, to alleviate pressure and keep calves growing.

Later, it’s useful to reduce stress by introducing it four-to-six weeks before weaning or housing.

What to look for in creep