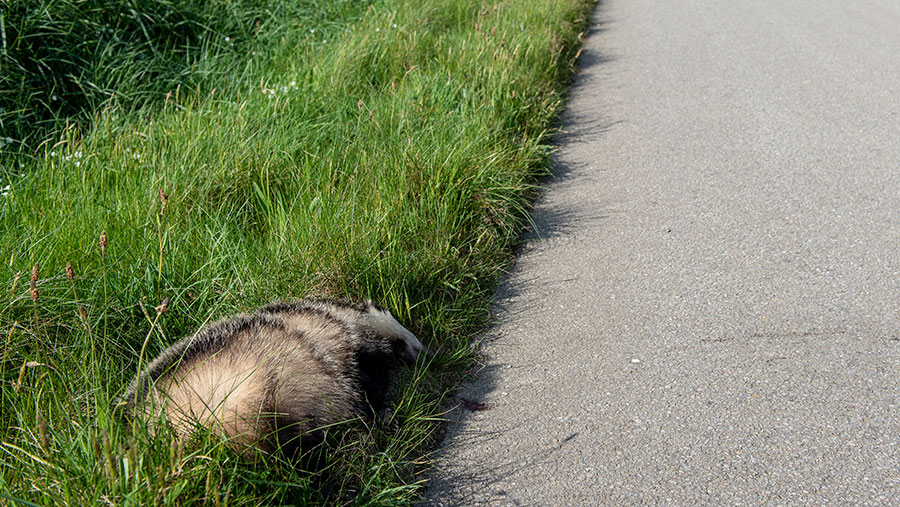 A farming union has calculated badgers in Wales are 17 times more likely to be carrying bovine TB than cattle.

The Farmers’ Union of Wales (FUW) says TB figures expose “flaws” in the Welsh government’s eradication policy, ignoring what it describes as a “massive disease reservoir” in the badger population.

According to figures it has sourced from the UK’s bovine TB official statistics, the FUW says this represents about one in every 230 cattle in Wales.

The union says the latest available figures for infection level in badgers show 7.3% of “found dead” badgers in Wales have tested positive for TB – about one in every 14.

Anglesey dairy farmer and FUW vice-president Eifion Huws said that, based on these figures, badgers were 17 times more likely than cows to carry TB.

“Ignoring the scientific evidence and blaming farmers in order to cover up decades of flawed policies that have led to the slaughter of hundreds of thousands of cattle and widespread ecological damage does not help,” said Mr Huws.

Cattle TB rules in Wales are among the most stringent in the world.

Responding to the criticism, the Welsh government said its TB eradication programme included an individual action plan for each persistent herd breakdown, where all drivers of infection are considered, including the role badgers may play in disease persistence.

“The effectiveness of our flexible approach is evidenced by the fact there was a 48% overall decrease in new TB herd incidents in Wales in 2020 compared with 2009, when the eradication programme was established,” said a spokesman.

The latest government statistics for TB in Welsh herds have been published and show in the first quarter of 2021 there had been 179 new incidents in Wales, with 2,981 reactors, while 159 incidents had closed – therefore there had been an increase of 3%.

In this period, 94.5% of herds in Wales were officially TB-free.

Wales is split into seven zones according to TB risk and each has its own rules and policies.

Most TB breakdowns in Wales are in the high TB risk areas in the east and west of the country.

But in the low TB risk area in north Wales, new and open incidents have increased since the beginning of 2020, with 23 new breakdowns during Q1 2021, driven in part by a cluster in the Denbigh and Conwy area.

In this area, there were 42 open incidents at the end of Q1 2021, which is 12 more than the previous quarter and the highest in the monitoring period, which extends back to Q1 2010.

However, these numbers are very low compared with the other TB risk areas in Wales, with 98.5% of herds in this area classed as TB-free.

The figures also show that in this region, incidence, prevalence and animal risk is consistently the lowest in Wales.