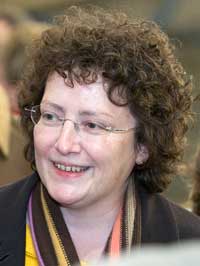 Wales’ rural affairs minster Elin Jones said she is willing to sacrifice her seat at the next election rather than back down on her plan to implement a pilot badger cull in west Wales.

Ms Jones, who is the Assembly Member for Ceredigion, told the Farmers Union of Wales’ agm that her determination to order the cull resulted in a “politically motivated” campaign to unseat her at next year’s Assembly elections. “I know I can only lose votes for having taken this decision,” said the Plaid Cymru AM, who claimed another political party was capitalising on her position to snatch votes from her.

This had led to what she described as “disturbing” leaflets about her being circulated in her constituency. “I may lose my seat or I may decide not to jeopardise the seat for Plaid Cymru and withdraw before the election. What I won’t do is change my position on the bovine TB eradication programme for party politics.”

The minister said painstaking work had gone into developing the programme and no political propaganda would force her to change her position.

About £100m in compensation has been paid in the past 10 years to farmers affected by bovine TB.

Ms Jones said this level of compensation was unsustainable and action needed to be taken, including a limited cull of badgers, to reduce the incidence of TB in Wales.

The cull is to be delayed while the Badger Trust appeals against the outcome of a judicial review that backed the assembly government’s plans. The hearing will be heard on 30 June.