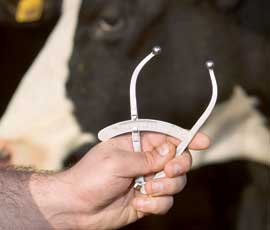 Farms that go down with TB for the first time will be provided with support and advice from vets, as part of a new Welsh Government strategy aimed at clearing up breakdowns quicker.

The new, six-month pilot programme Cymorth TB, which is being fully funded by the government, will begin this autumn in six cluster areas of Wales and will provide farmers with practical advice on trading, biosecurity and testing.

Speaking to farmers at the Royal Welsh Show Welsh Government vet adviser Richard Griffiths said: “There is no silver bullet, but what we have to try to do is stop the disease spread and shorten the period of disease breakdown.”

Under the pilot, epidemiological testing will used, including genotyping to establish which area of the country the disease has spread from.

However, the announcement met with mixed reaction from farmers.

One dairy farmer, who had been clear of the disease for 20 years until recently, questioned how the policy would help halt the spread.

He added: “I don’t understand what advice you can give me on a disease that’s so random.”

Meanwhile, Monmouthshire beef farmer Nigel Bowen vented his frustration over the fact not enough was being done to tackle disease in wildlife reservoirs.

Questioning he said: “What is being done about the wildlife reservoir? I have yet to meet a vet that says [vaccination] is good use of public money.”

Chief veterinary officer for Wales, Dr Christine Glossop, admitted the current situation was frustrating, adding: “There is an over arching government policy to this. I know it’s frustrating, it is frustrating for us to walk slowly as well.”

But she said she was confident the programme would help reduce TB spread as part of a wider, holistic approach.

“I want to see Cymorth TB rolled out across the whole of Wales to equip farmers with more support.”

The pilot areas include:


See all the news live from the Royal Welsh Show 2013