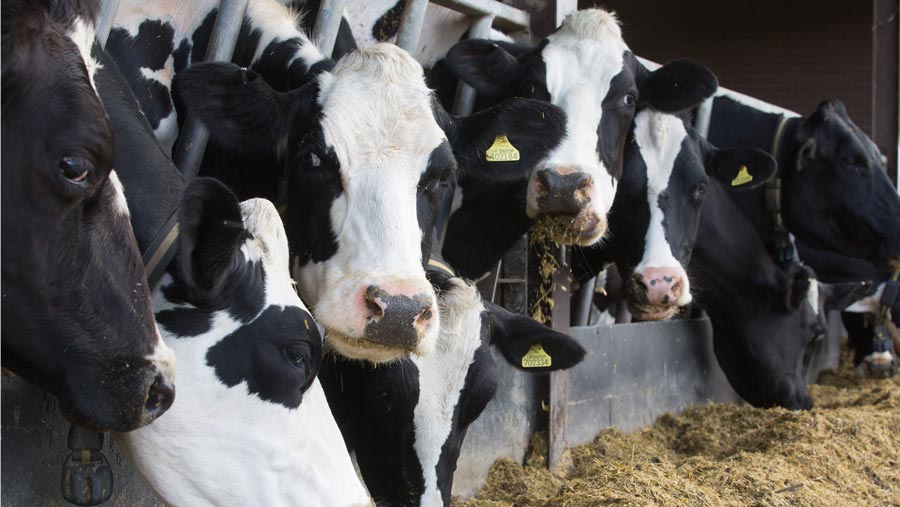 Two new genetic indexes to help farmers breed more environmentally friendly cows will feature in the August bull proofs, due to be launched next week.

Incorporating cow lifespan, milk production, fertility and the new Feed Advantage index, EnviroCow is one of the first genetic indexes in the world to focus solely on breeding cows for their environmental credentials.

The index will be expressed on a scale of about -3 to +3, where the highest positive figures are achieved by bulls that transmit the best environmental credentials to their daughters.

These will be cows that are predicted to create the least greeenhouse gas (GHG) emissions in their lifetimes for each kilogram of solids-corrected milk they produce.

“£PLI remains our recommended primary focus for genetic selection, but farmers can increase the emphasis on different individual traits, to meet their own farm’s goals.

“Current estimates indicate that each year, we can contribute around a 1% reduction in carbon dioxide equivalent for every kilogram of milk produced, and, as with all genetic gain, the effects are permanent and build up over the generations.”

Feed Advantage, incorporated in EnviroCow, helps dairy producers identify bulls with the greatest tendency to transmit good feed conversion on to their daughters. It is expressed as a Predicted Transmitting Ability (PTA) in kilograms of dry matter (DM) intake saved during each lactation.

The index’s launch represents the culmination of more than 30 years of research and data collection from the award-winning Langhill herd in Dumfries. Undertaken by Scotland’s Rural College (SRUC), the studies have measured the Langhill cows’ DM intake throughout their entire lives.

Calculations take account of the feed an animal is expected to eat given her solids-corrected milk production, and the feed she needs for her maintenance compared with her actual feed consumption, to identify animals that are efficient converters.

Adjustments are made for the size of the animal, as a smaller cow requires less feed than a larger cow giving the same level of milk production.

The most-efficient cows consume as much as 400kg less in one lactation compared with the least-efficient cows, meaning that for the same level of production there is substantial scope for cutting feed use.

Performance has then been compared with the animals’ DNA, identifying patterns, or Single Nucleotide Polymorphisms (SNPs), associated with feed intake.

Using this information, genomic indexes can be calculated, meaning every Holstein bull and cow that has been genomically tested will gain a PTA for Feed Advantage.

The Feed Advantage reliability for genomic young sires is around 45%.

Mr Winters adds: “EnviroCow and Feed Advantage will help farmers have a positive impact on the use of the world’s finite resources and the carbon footprint of UK dairy farming.”