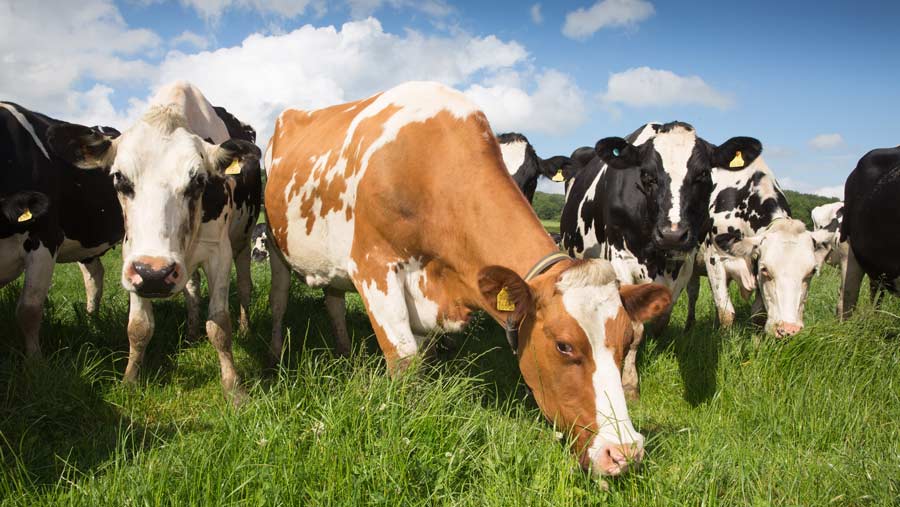 The UK livestock industry faces a huge challenge to achieve the government’s net-zero carbon emission target for 2050, according to a study by independent scientists.

To deliver the target, agriculture and land use sectors must reduce emissions by 64% – this equates to a decrease of 0.58Mt of carbon dioxide per year between 2018 and 2050.

Major advances in technologies, greater investment, more innovation, improved carbon accounting, collaboration and widespread adoption from farmers will be needed to further reduce emissions by 81% between 2035 and 2050.

Commissioned by the Centre for Innovation Excellence in Livestock (CIEL), the report has been written by independent scientists from eight leading UK universities and institutions and endorsed by a further six.

“These come mainly in the form of methane produced from ruminant livestock and nitrous oxide emissions from the use of nitrogen fertiliser and manures applied to soils.

“Livestock are responsible for around two-thirds of agriculture’s emissions. In fact, the proportion of emissions that makes up the total UK emissions is actually increasing from agriculture because other sectors are reducing their emissions more quickly.”

Livestock ‘in the crosswires’

Prof Rees said the livestock industry is caught in the “crosswires” of the debate about climate change and greenhouse gas (GHG) mitigation.

Some argue that the sector is incompatible with reaching targets for net zero, he explained, but others insist strong mitigation and a reduction in emissions can allow a sustainable livestock sector to continue in a way that is compatible with GHG targets.

The report (PDF), published on Thursday (1 October), examines this paradox and it sets out a number of recommendations the livestock industry must follow to achieve its net-zero carbon goal within the next 30 years.

Eight areas of on-farm opportunities to advance the livestock industry towards net-zero carbon “at pace and with efficacy” are identified.

Prof Rees warned that if the government introduces policies to reduce domestic meat production to cut national carbon emissions, but then imports more meat from abroad with higher emissions per unit of product, this “may well exacerbate climate change”.

For three conventional dairy farming systems – including milk and allocated beef burdens – he found fully housed cows tended to yield more milk and have less of a carbon footprint than cows that are grazed year-round.

The differences between carbon footprint for indoor and outdoor pig production was “negligible”. Lower soya inclusion in pig diets tended to have lower carbon footprints.

For suckler beef production, a mixed white clover/grass sward has a significantly lower carbon footprint than permanent pasture and monoculture systems, according to research on the permanent pasture finishing system at Rothamsted’s North Wyke Farm site in Devon.

However, fellow Rothamsted scientist Michael Lee said although carbon reduction was the “critically important metric”, it needs to be considered in concert with the value of biodiversity, animal welfare and vibrant rural communities.

“If we just chase carbon as a sole metric, we lose all biodiversity and might not have the most sustainable system,” said Prof Lee, a ruminant nutritionist and head of sustainable agricultural sciences at the North Wyke site.