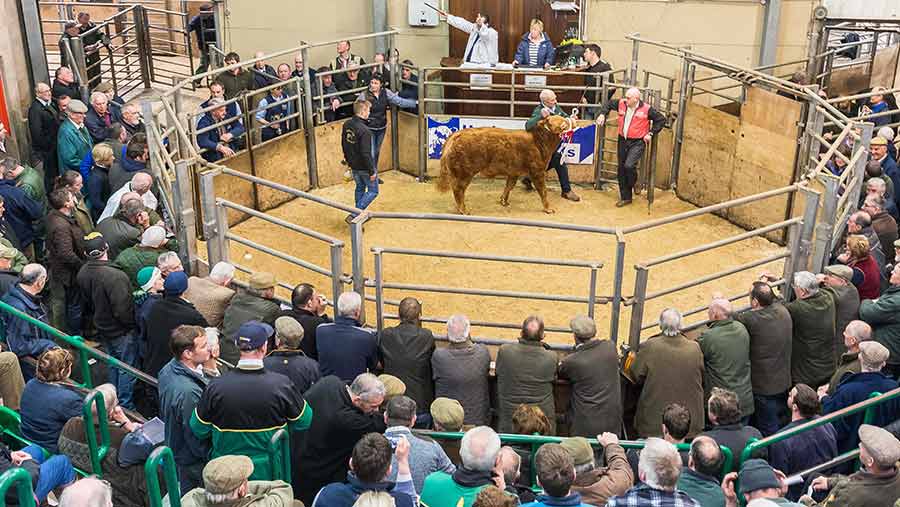 Firm store cattle demand is helping trade around the marts, with fed cattle prices 20p/kg dearer on the year despite supplies being on par or ahead of last year.

AHDB Beef and Lamb figures show southern fat cattle averages have been up around 30p/kg dearer on the year, while the lift in the North has been between 12p/kg and 20p/kg.

Rugby Farmers Mart auctioneer Tom Wrench told Farmers Weekly that a dearth of short keep cattle in his area is putting 18-month-old stores at a real premium, hitting prices of £1,260 and £1,110 recently.

He said store trade was optimistic, adding that the “safe bets” were the strong Charolais or Limousin-cross types at 10 to 15 months, with finishers looking to keep for a hundred days.

“Anything short of the mark such as dairy-bred is more difficult to sell,” said Mr Wrench. “It is all about quality now.

“There was a time when people would buy cattle and try and heal them but these buyers are gone. Cattle must be hitting grade specifications and butcher specifications.” 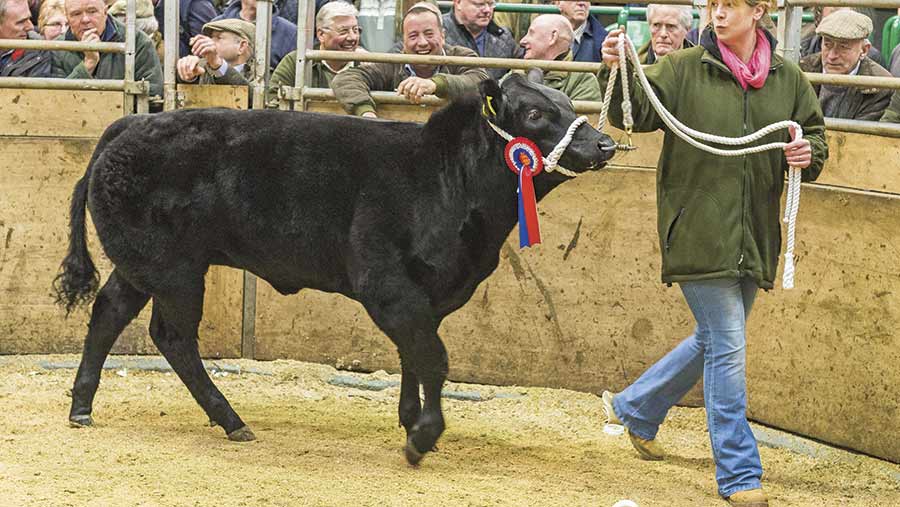 A high class store showing hit highs of £3,100 at Hexham on Friday (10 March) for the reserve overall female champion from Malcolm Telfer, Newton High House. She was an 11-month-old black Limousin-cross, knocking down to judge Craig Bentley, Kepwick, Thirsk. 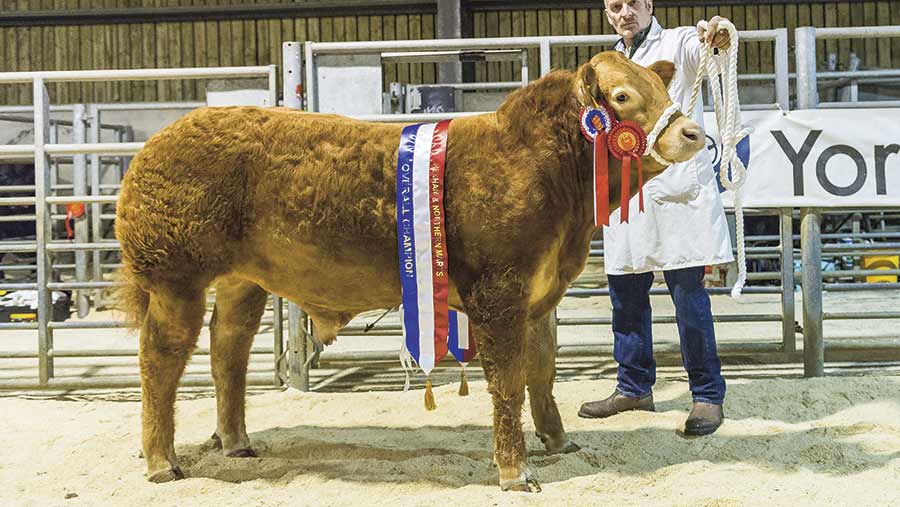 Next best, and making a return to Hexham, was the show champion, a pure-bred Limousin steer of 12 months shown by John Smith-Jackson and the High Town Show team knocking down to Messrs Hyslop, Girvan, South Ayrshire.

Previously this fine yearling, by Lodge Jackson, had knocked down at Hexham’s dispersal sale of the Rooker Hill herd of pedigree Limousins of Mr Steven Dale, Chester and Dale, Rooker Hill, York.

Scottish feeders have been receiving 18p/kg more on the year recently on average, with store cattle at Thainstone being “easily cashed” last week to a busy ringside of buyers (Friday 10 March).

A “good show” of 2,049 head of store cattle met a firm enquiry from a busy ringside of buyers last week (Friday 10 March) with bullocks 3.5p/kg and heifers 2.7p/kg dearer on the week.

Topping the bullock trade was Bogmore, Duncanstone, with a brace of 286kg Limousin-crosses at 286.7p/kg and West Davoch, Tarland, with a 732kg Charolais-cross.

Store bulls sold to 231p/kg for a 342kg Saler-cross from Harestone, Crathes, and £1,130 gross for a pair of 650kg Charolais from Little Millbrex, Fyvie.

Road closures didn’t upset Bakewell regulars on Monday (13 March) where a strong yarding of 455 cattle saw steers level at £723 at the busiest Monday sale of the year so far.

Steers hit £1,250, with the lead grossing heifer £100 behind, while feeding bulls sold to £960, while averages were held back by a consignment of dairy steers, putting a bottom on the market at £160.

Amid word that finished cattle on the day were a shade easier and could be easing back further in the coming weeks, Alastair Sneddon, senior partner and managing partner, described traders as “reasonably optimistic”.

“Store cattle were stronger back in January but not there is not a huge difference on the year,” Mr Sneddon told Farmers Weekly, adding that harder looking, longer haired cattle were selling well and there was buoyant demand for store cattle in general.