Brothers Mark and Paul Hayward started their branded pig business 15 years ago and now keep 930 outdoor sows, with all the progeny finished outdoors, across 50ha of light, sandy land near the east coast.

“We noticed that every time we moved our pigs, we got a production boost – in terms of improved sow condition, prolonged lactation and better weaner weights,” explained Paul.

“So we developed a rotational system whereby we flip the paddocks every six months or so, rather than the more normal two years.”

Initially, this just involved planting grass and clover on the old ground. But for the last four years the Haywards have also included nectar-rich pollinator mixes to do the same job, while providing food for bees and butterflies.

Mark and Paul Hayward (L-R) in the wildflowers © Mark Hayward

In total, there are 33ha of pollinators – including phacelia, sainfoin, birds-foot trefoil, alsike clover, musk mallow, campium and vetch – grown in strips between the pig arcs. This ensures about half the field is being rested, while the other half has pigs on it.

Typically, the mixes will be planted in February or March, coming into full flower in June.

“We try to stagger planting, to ensure a longer flowering season, and may then top the strips, to give them a chance to flower again,” said Paul.

“We will then flip the area and move the pigs onto it in late September or October.

“It costs no more to use pollinator mixes, and it still cleans the land and provides better root structure, plus it has the added benefit of providing food for insects.” 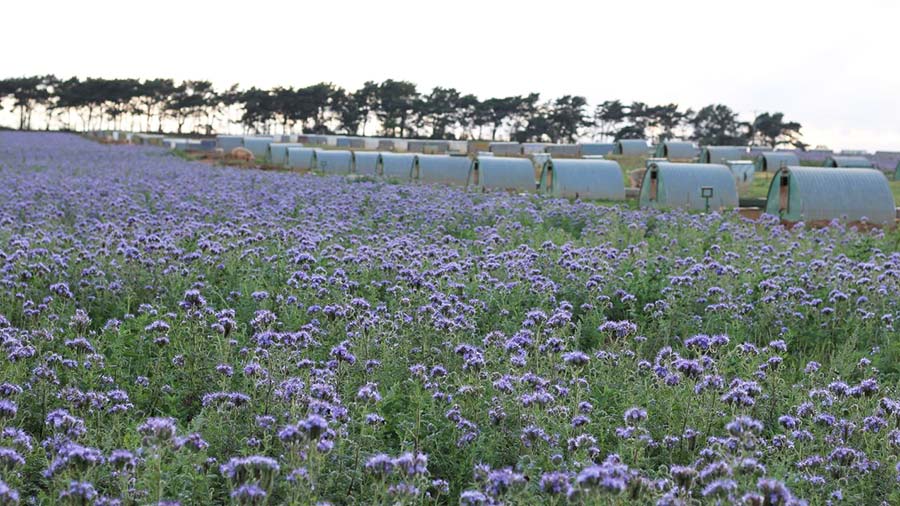 The pigs living alongside the fields of Phacelia © Mark Hayward

A recent insect count carried out under the guidance of the Bumblebee Conservation Trust found there were an estimated one million bees feeding at any one time across the 33ha of mixes (see panel below).

“This was our target when we started – to grow enough to feed a million bees on a single day,” said Mark.

“We are acutely aware that bees are under threat from modern farming methods, and that East Anglia is one of the worst offenders for bee foraging diversity.

“We wanted to create an operation on our farm that did not push nature out, but rather embraced it – as a central part of our ecosystem and our food cycle.”

Watch a drone video showing the Million Bees Project made by Dingley Dell Pork and read the rest of the report below.

While the main reasons for introducing the pollinators were to help production and conservation, there has been another benefit in terms of customer relations and marketing.

The company distributes its high welfare pork regularly to restaurants, delis and butchers across the South East, as well as direct mail orders, and has recently launched its Dingley Dell Cured range of charcuterie products.

“It is amazing how little people know about farming, conservation and where their food comes from. But since we have been shouting about this, we have seen a real surge of interest from all manner of customers,” said Paul.

“It gives them another reason to deal with us and definitely helps the business.”

The planting of insect-friendly crops would also qualify for cash under various agri-environment schemes, though the Haywards are not taking such payments on their Dingley Dell site.

‘Over a million bees’ 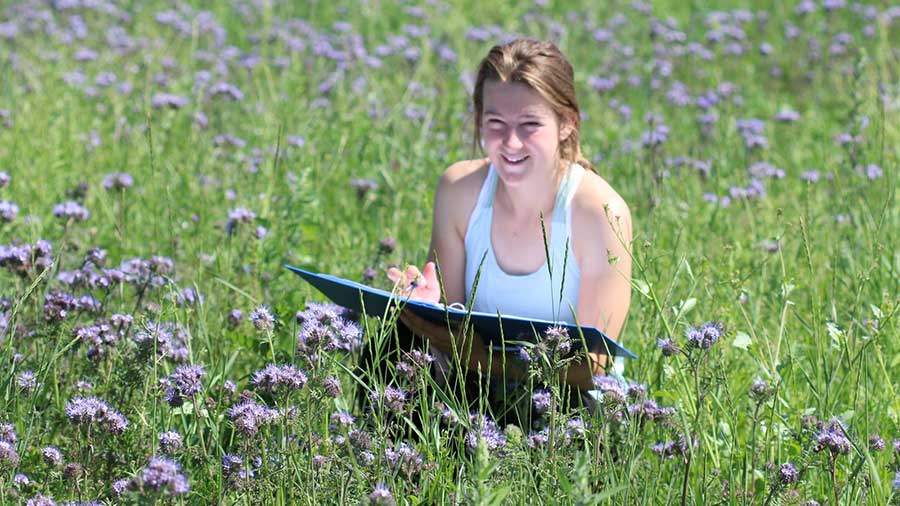 Mark’s eldest daughter Grace, 18, has taken the lead on the “big bee count” – part of a wider set of surveys under the UK Pollinator Monitoring Scheme.

The process involves marking out a 1m sq patch of land using a quadrat and counting first the number of flowers and then the bees feeding on them over a one minute period.

Most plots attracted over 12 bees a minute and, once these figures were multiplied by the total area, the team put the total count at 1,186,300 bees over the 33ha..

Gill Perkins, CEO of the Bumblebee Trust, admitted the bees per square metre figure can take a bit of “finessing”. There may also be an element of double counting.

“But even allowing for some extrapolating, the studies show that Dingley Dell is feeding at least one million bees at any one time,” she said.