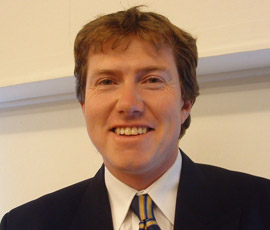 High feed prices have been a major concern for all poultry producers in the last year, writes John Newton, senior consultant from the ADAS Sustainable Livestock Group.

The two main constituents of the diet for laying hens are feed wheat and soya. At the start of the year, feed wheat and Hi-Pro soya stood at around £190/t and £330/t respectively. With feed costs representing around 60% of the total costs of production for poultry, higher feed costs were not welcomed by producers.

By the end of the year prices had gradually reduced to levels of around £138/t for wheat and £262/t for soya, representing a reduction in compound feed prices of around £50-55/t.

While the prices received for intensively produced egg and broiler chickens had increased proportionately to reflect the higher input costs, free-range egg producers suffered the “double-whammy” of increased feed costs coupled with lower egg prices. Due to over-supply in the free-range egg market, brought about by an increase in new entrants into the sector and existing producers over-expanding output to meet the growing market, UK egg packers sought to bring production back into line by reducing the prices being paid to their suppliers.

Consequently, most free-range egg producers found that they were producing eggs at a loss during 2011.

Established producers were generally able to sustain these losses. However, the situation was more acute for new entrants into the industry often needing to service large capital loans from non-existent profits. Some free-range egg producers have ceased trading while others have left sheds unstocked until market prospects improve.

When you mention 2012, most people’s thoughts will spring automatically to the summer Olympics in London. However, if you are an egg producer, 2012 is more significant as the year that the EU Laying Hen Welfare Directive will come into force across the whole of the 27 member states of the EU.

Conventional cages for laying hens will cease to be permitted after 1 January 2012 and egg producers have been investing in new systems to ensure that the UK meets the requirements of the regulations and remains largely self-sufficient in eggs in future.

This has led to around £400m being invested in the UK in enriched cage systems designed to meet the latest EU requirements. At the start of 2012, there are expected to be between 12m and 14m enriched cage places in the UK.

Compliance with welfare legislation in some other EU member states remains a massive problem, however. It has been suggested that over 20% of the EU egg production at the start of 2012 will come from egg production systems that are not compliant with the EU legislation.

Not surprisingly, the adverse trade implications of non-compliance continue to be a major concern for UK producers who have invested heavily in new systems.

On the poultrymeat front, the number of birds reared for chickenmeat in the UK continues to grow. In 2011, over 900m chickens will have been produced on UK farms. Although numbers have increased, average slaughter weights have reduced over the year from 2.2kg to 2.1kg, reflecting consumer demand for indoor produced birds stocked at lower densities.

Over 90% of broilers are grown in indoor systems in the UK. The number of meat chickens produced in outdoor systems (free range and organic) reduced over the year as the recession deepened and consumers looked for cheaper alternatives to the more costly, extensively produced chickens.

ADAS can provide reports on the market situation and prospects for egg and chickenmeat production as well as detailed costs of production for all species of poultry.