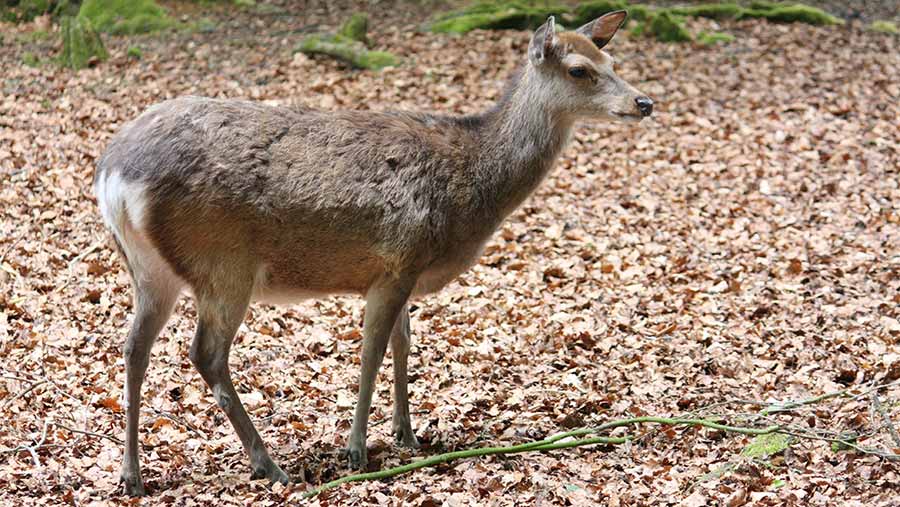 They then considered how variations in local densities compared with the variation in TB infection rates across the country, and also at county level.

Researchers at Trinity College Dublin and the National Parks and Wildlife Service, who were supported by the Department of Agriculture, Food and the Marine (DAFM), say the study has major implications for controlling TB.

Dr David Kelly, of Trinity’s School of Natural Sciences, said: “Our analyses show that while there have been general reductions in TB infection, there is a correlation between increasing sika deer density and higher local TB infection. This pattern has emerged in recent years.

“Now, when attempting to manage TB in wildlife, sika deer will need to be considered as well as badgers. Our analyses suggest sika deer are currently of greatest concern in County Wicklow but if numbers continue to rise in other counties they may also pose problems elsewhere.”

The Irish Farmers’ Association (IFA) said farmers throughout the country were seeing greater levels of deer encroachment on to their lands, introducing disease threats and also damaging crops and fences.

“IFA has identified the problems with the lack of a nationally co-ordinated strategy to manage our deer population within its own environment,” a spokesman said.

“The National Deer Management Forum set up by government has not functioned for a number of years and must be reconvened as a matter of urgency.

“Its sole purpose was to address this very issue and nothing has happened in this area, other than the continual increase in the deer population and further encroachments on to farmlands.

“IFA continues to highlight the need for a nationally co-ordinated deer management strategy that ensures deer numbers are reduced to levels that can be maintained within their natural habitat.”

A DAFM spokesman said: “The renewed TB Strategy published in January 2021 sets out a comprehensive set of actions designed to reduce the transmission of TB to the benefit of Irish farmers, and includes a section on deer.

“The TB Stakeholder Forum supported by its working groups will continue to implement the strategy in support of the farming community.

“If farmers are concerned that deer may be playing a role in cattle TB, they can arrange for the deer to be culled by hunters and DAFM will test the deer for TB for free through the Regional Veterinary Laboratory network.”

In March, 70 fallow deer were culled at Dyrham Park, near the village of Dyrham in Gloucestershire, after TB was detected in the herd.

The National Trust, which owns the park, says TB was first detected at the site in 2007, and infection rates have continued to rise since then.