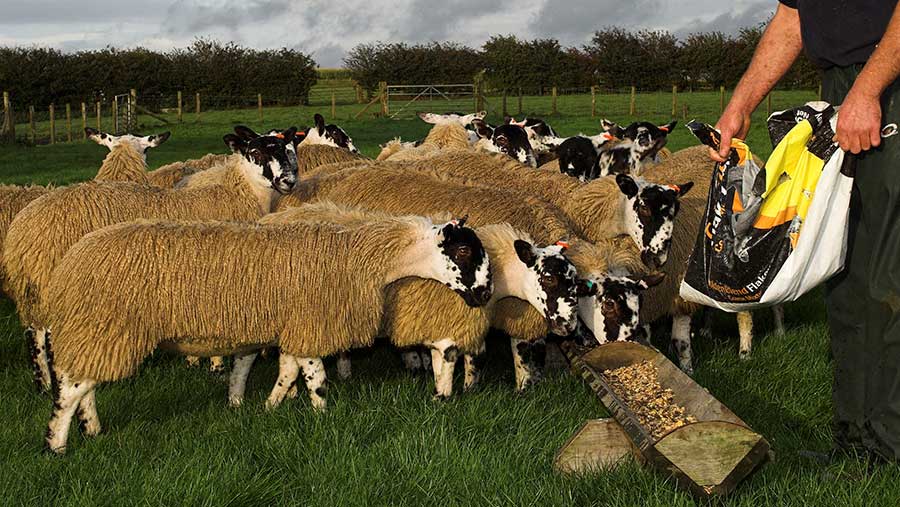 Lambs from ewe lambs recorded in the ongoing AHDB Challenge Sheep project varied by 5.2kg (the equivalent of £10.40 at £2/kg liveweight) depending on whether they were at optimal weight and BCS and scanning.

Addressing the Sheep Breeders Roundtable, independent beef and sheep consultant Liz Genever suggested four interventions that producers could take to prevent this which would cost less than £10.

If lambs are thin or growing slowly in a challenging summer, giving them supplementary feed might be worthwhile, said Dr Genever.

“If you’ve got the quality grass, then you can do it very cost-effectively, but if, during the summer, you don’t have the grass, feeding could work out to be cost effective,” she told Farmers Weekly.

Theoretically, Ms Genever said, this would leave the breeder £3.40 better off after caking ewe lambs for three months.